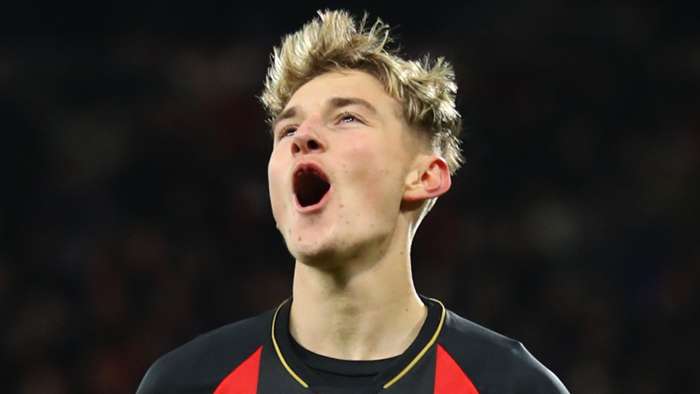 David Brooks is being mooted for a transfer in the current window, and former Wales international Nathan Blake compares himwith Ryan Giggs and thinks he would not look out of place at Manchester United, Barcelona or Juventus.

He has been held in high regard for several years, with his quality first showcased after coming out of the academy system at Sheffield United.

Brooks previously spent time in the youth ranks at Manchester City and could find himself heading back to the North West amid links to United.

Ole Gunnar Solskjaer is said to view a man with 12 Wales caps as an alternativeto Aston Villa captain Jack Grealish, with the Red Devils still in the market for creativity.

Blake would not be surprised to see Brooks seal a high-profile switch, as the former frontman believes the talented midfielder could “play for anybody”.

Blake, who spent time with Bolton and Wolves in his playing days, told the Manchester Evening News of Brooks and his potential to reach the top: “I think he's a great player, he's got great game intelligence.

“He can play anywhere, central midfield, centre-forward, left-wing or right-wing and to do that you need a great understanding of football, which he's got, versatility comes with that.

“He can be dominant because he understands the game, just like Ryan Giggs was when he moved from the left into central positions. Brooks I think is possibly, other than Gareth Bale and Aaron Ramsey, Wales' best player.

Bournemouth have left the door open for Brooks to make a move over the coming weeks.

New Cherries boss Jason Tindall said: “We as a football club have got a value of what we believe for our players and if that value is met then players have got the opportunity to then discuss with whoever they need to discuss with and then make the decision they feel is right for them.