Bruno: Pogba and I can do great things together at Man Utd 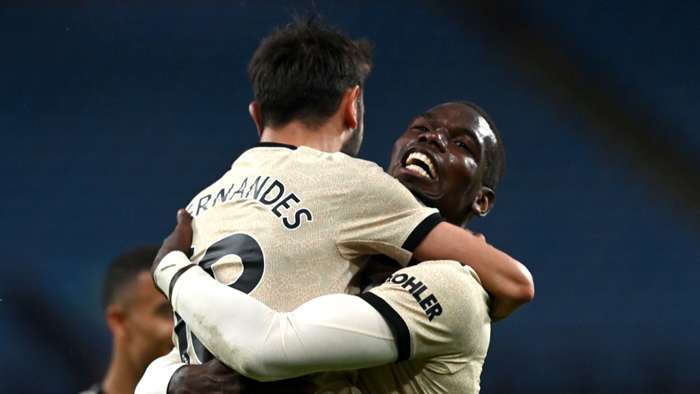 Manchester United star Bruno Fernandes says that he and Paul Pogba can be a revelation together for the Old Trafford side.

The 27-year-old, however, has been involved in all of United’s league matches this season and amid questions as to whether he and Bruno can function together in the same team is making his case for more game time.

Bruno believes it is not only possible, but it could lift the level of United.

“He's a funny guy, he always wants to joke. I know him from Italy already but now I have the chance to be in a team with a World Cup winner.”

“Of course Paul is an amazing player who has done a lot of great things in the past few years. The way he came in against Paris Saint-Germain, against Newcastle, was perfect for the team.

“A lot of people may think Paul is angry on the bench and that he will do nothing when he comes on because he is angry, but he comes in with the right motivation, as we saw with his assist in Paris.

“Being on the bench is a problem for everyone, but this problem is motivation for Paul. He uses this as motivation and he is helping the team a lot when he comes in and plays, like he did in the last game in the Champions League.”