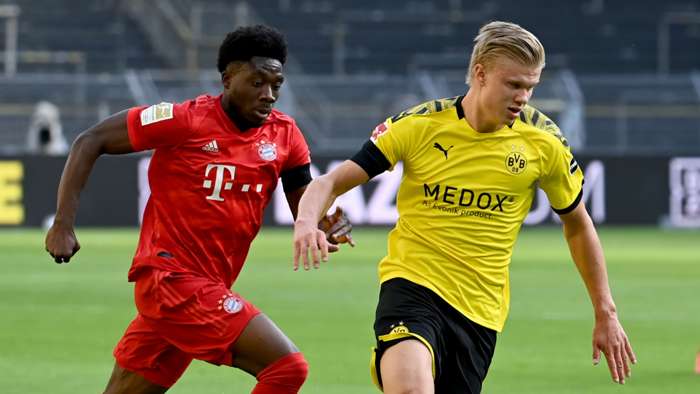 The 2020-21 Bundesliga season will be played without fans in stadiums until at least the end of Octoberfollowing a decision from the German government.

There had been the possibility that a limited number of fans may have been allowed into stadiums but, amid the ongoing coronavirus pandemic, this will have to wait.

A conference with Chancellor Angela Merkel and the Prime Ministers of Germany’s federal states decided that local governments should work out proposals on how fans could be allowed to return to stadiums in a limited capacity by the end of October.

However, at major events where contacts cannot be traced and hygiene regulations cannot be complied with, spectators won’t be allowed to return until at least the end of the year.

Bavaria’s Prime Minister Markus Soder said it wouldn’t make sense for football to resume with spectators in September, as it would send the wrong message if the number of infections was to increase.

The Bundesliga was the first major European league to return from coronavirus lockdown in May, giving football fans their first taste of the ‘Geisterspeiele’ – ‘ghost games’ – which have since become the norm.

In France, up to 5,000 people per match are allowed to watch their teams from the stands now the new Ligue 1 season is underway.

Such a return will have to wait in Germany, but Bundesliga champions Bayern Munich will play in front of fans in their upcoming UEFA Super Cup clash with Sevilla.

UEFA confirmed this week that the match, held at the 67,000-capacity Puskas Stadium in Budapest on September 24, would be used to trial a partial return of supporters.

The stadium could be filled up to 30 per cent capacity, with German outlet kicker suggesting UEFA will provide both teams with a quota of 3,000 tickets each.