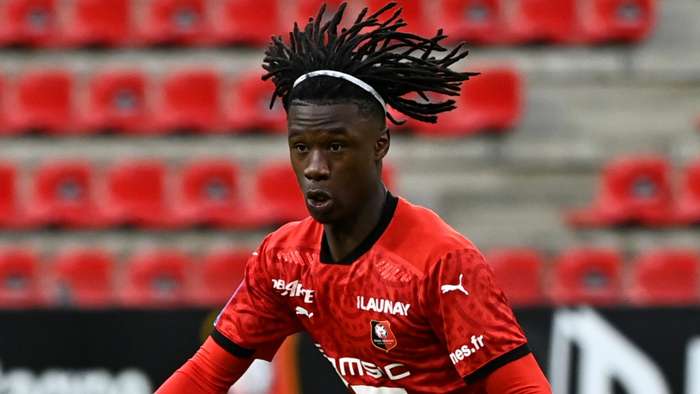 However, Camavinga, who has made over 50 appearances for Rennes since making his debut in December 2018 at the age of 16 and earned three France caps, claimed not to be interested in securing a big move at this stage of his career.

"It's not something that comes into my head, that I think about constantly," Camavinga explained to reporters on Wednesdaywhen asked about his future.

"I see and I hear the talk. These are things that give me pleasure. I'm at Rennes and other clubs, that's not for now. We'll see.

"I have two years left on my contract and we'll have time to talk. There will be talks. To prolong my stay at the club that formed me would make me happy.

"Obviously, the big clubs are a dream. After that I could not name one in particular."

Injury kept Camavinga out of contention for France's latest batch of international matches, but the past week has still seen him achieve the significant milestone of getting his driving licence.

"For the moment, my parents don't let me drive too much," he said. "I'm waiting to have my own car. We'll see if they let me."

Camavinga has made eight appearances in all competitions for Rennes this season to date, scoring one goal.

Rennes currently sit in third in Ligue 1, six points shy of leaders Paris Saint-Germain; while the French club will also be out for their first Champions League win of the season next Tuesday when they host Chelsea.