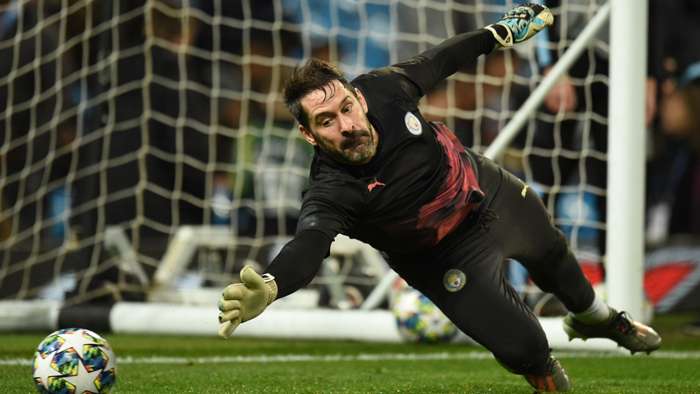 Manchester City have confirmed that goalkeeper Scott Carson has extended his loan deal with the club for another season.

The 34-year-old has served as backup to both Ederson and Claudio Bravo, with the latter leaving the club this summer following the expiration of his contract.

Carson didn't make any appearances for Man City this season after making over 150 during his time at Derby, although he wason the bench for the final four Premier League matches in July and was part of theChampions Leaguesquad in Lisbon.

The goalkeeper has also featured for the likes ofWest Brom, Liverpool, Leeds and Turkish side Bursaspor throughout his 18-year career.

He was a member of Liverpool's 2004-05 Champions League-winning squad, having also won the Super Cup during his time at Anfield.

Carson has earned five caps for England, having featured as part of Fabio Capello's 2006 World Cup squad in Germany.

With Carson and Ederson already at the Etihad, Manchester City are set to turn to Zack Steffen to serve as the Brazilian's No.2 next season.

Steffen spent this past season on loan with Fortuna Dusseldorf after originally joining Manchester City from the Columbus Crew.

The U.S. men's national team goalkeeper saw parts of last season derailed by injury, although he started 17 consecutive matches to start the season before dealing with two knee issues.

Steffen is expected to be Manchester City's cup goalkeeper with Pep Guardiola expected to turn to the American in the FA Cup and Carabao Cup.

Meanwhile,Aro Muric is expected to go out on loan once again after a disappointing spell at Nottingham Forest and hasbeen linked with Championship sideRotherham.

Manchester City finished this season second in the Premier League, having won the Carabao Cup, while they fell in the semi-finals of the FA Cup in a loss to Arsenal.