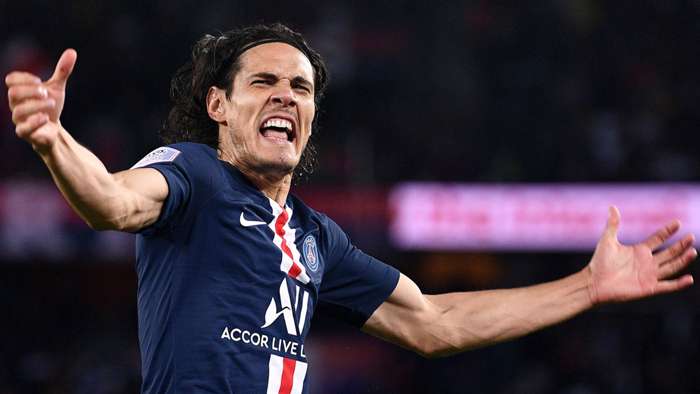 Edinson Cavani says Benfica area “great team” after confirming talks with the Portuguese giants, but stresses that a deal has yet to be agreed.

Leeds United were believed to be Benfica’s main rivals in the chase for the 33-year-old, with owner Andrea Radrizzanirevealing earlier this summer that he was keen to sign the veteran forward as he planned for the Whites’ return to the Premier League.

Spanish side Atletico Madrid, as well as teams in Argentina, Brazil and the United States, are also believed to be interested in the former Napoli frontman.

Reports last month suggested a two-year deal with Benfica had already been agreed, though the Portuguese giants took the unusual step of publicly denying those reports on its official website.

Fresh reports over the weekend suggested further talks had taken place between the two parties, something Cavani has now confirmed to reporters when asked about his future.

"There were meetings with Benfica and other clubs. But nothing is yet defined, so I cannot say that there is a closed agreement. When everything is confirmed with a team, they will know it,” he said.

When pressed on what attracted him to Benfica, Cavani replied they were "a great team” that regularly competes in European competitions and that "many Uruguayans” have represented the club in the past.

"How can it not be a team that attracts me? And if there is the possibility for me to play there I will be delighted with life," he added.

Since leaving PSG at the end of June, Cavani has spent most of his time back in his home town of Salto in Uruguay.

He has been working alongside personal trainer Christian Gonzalez to keep himself fit during the summer, with Gonzalez posting a good luck message on Instagram ahead of Cavani’s return to Europe.