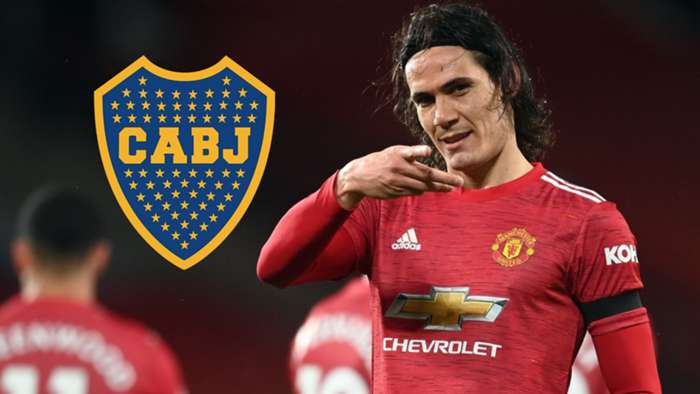 Edinson Cavani has been advised to leave Manchester United for Boca Juniors this summer, with Uruguay assistant coach Mario Rebollo talking up the benefits of heading back to South America.

As things stand, a proven 34-year-old striker is edging his way towards the free agent pool for the second time in the space of 12 months.

A short-term deal was agreed at Old Trafford after severing ties with Paris Saint-Germain, but no extension to that contract has been put in place and questions are being asked of Cavani’s future in English football.

Amid talk of the prolific frontman linking up with Boca 14 years after opening a European adventure at Palermo, Rebollo has told 2 De Punta: “It helps the national team if Cavani goes to Boca or wherever.

“The priority is that he plays where he is comfortable and with a good competitive level. If he’s close to here it’d be great, but if he’s not comfortable he would not bear it much.

“It would be good for us if Cavani plays where he feels most comfortable. It makes no difference to me if it’s Boca or another place, just where he’s better.

“We have to have him with rhythm and competition.”

United manager Ole Gunnar Solskjaer has revealed that talks are still being held with the Uruguayan regarding fresh terms with Premier League heavyweights.

Ex-Red Devils star Marcos Rojo, who is already at Boca, is doing his best, though, to talk a familiar face into making a move to Argentina.

Cavani’s father, Luis, was the first to fan transfer flames when he told TyC Sports: “My son is not happy in England and wants to return nearer his family. He wants to play in South America.

“I want Edinson to play for a team which fights for important trophies. He has had many conversations with [Boca vice-president Juan Roman] Riquelme and would like to play for Boca.

“At the halfway point of the year, he’d like to return to South America. My son’s idea is not to continue there [in Manchester]. He wants to return.

“I think hes going to come back in June this year. He has a clause in his contract which allows him to leave in June.”

A man with 400 career goals to his name has become an important part of United’s plans this season when free of injury and suspension.

He has found the target seven times for the Red Devils through 26 appearances and has been passing on priceless advice to the likes of Marcus Rashford, Mason Greenwood and Anthony Martial.

They could not wish for a better mentor, with Cavani having previously hit over 100 goals at Napoli and ended his spell at PSG as the club’s all-time leading scorer after finding the back of the net on 200 occasions.