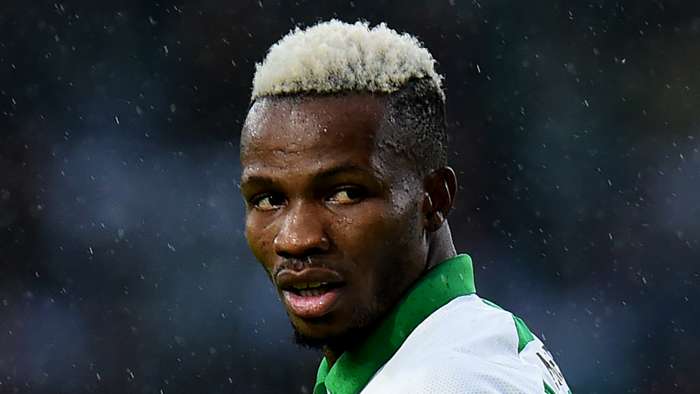 Celtic have blasted BoliBolingoli's"stupidity" andapologisedto the SPFL for his "irresponsible action" after the player breached quarantine restrictions.

He then featured in Celtic's 1-1 draw against Kilmarnock on Sunday, with his indiscretion coming after two Aberdeen players had tested positive for coronavirus.

EightAberdeenplayers issued an apologyfor breaking guidelines by visiting a bar in the aftermath of their opening-weekenddefeat to Rangers.

The Scottish government threatened to pause the Scottish Premiership season and Celtic did not hold back in their condemnation ofBolingoli, who the club said has tested negative for Covid-19.

"Celtic Football Club unreservedly condemns andapologisesfor thebehaviourof the player BoliBolingoliin travelling to Spain without informing the club and in failing to observe quarantine restrictions," a statement from the clubread.

"It is difficult to imagine a more irresponsible action in current circumstances and we find it beyond explanation. The club will take immediate action through our own disciplinary procedures.

"Celtic are in touch with every SPFL club, and with all relevant authorities, toapologisefor the fact that one of our employees has created so much additional difficulty through his actions.

"All of our playing and backroom staff have been tested twice for Covid-19 since this incident and all, including the player in question, have tested negative. While this comes as a relief to all concerned, it in no way diminishes the seriousness or stupidity of the player's actions.

"Since the Covid-19 crisis began, we have had a safe and healthy squad of players, recording not one positive test. As a club, we have worked tirelessly to ensure a sustained, safe environment for all.

"We have led the way in working with the football authorities and Scottish Government to establish the most rigorous, effective protocols and working practices, which ultimately led to the resumption of football. We could have done no more in this area.

"It is a matter of the deepest regret to us that thebehaviourof one individual hasjeopardisedthat reputation and reflected discredit on football more generally."

Bolingoliapologisedfor his error, saying: "I have made a huge mistake. I want toapologiseto my manager, my team-mates, the supporters, everyone at Celtic and so many others for letting them down so badly.

"I am guilty of a major error of judgement. I know what I did waswrongand I know that I must now deal with the consequences."

Scotland's First Minister Nicola Sturgeon has said Celtic and Aberdeen's upcoming matches will likely be postponed as a result of their players' conduct, telling reporters:"I regret that some football players seem incapable of living up to their responsibilities. We can't have privileged players just deciding they won't bother.