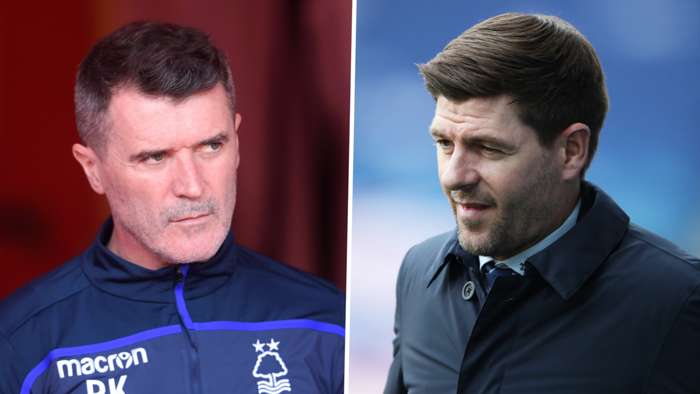 Roy Keane is set to become the new managerof Celtic, 10 years after last occupying the top job at any club.

The Manchester United and Republic of Ireland international may have an unimpressive coaching record, but the make-up of his backroom team suggests his return to his boyhood club will be built upon strong foundations.

Given Celtics current position, that may seem rather surprising.

The Bhoys, who were chasing their 10th Scottish title in succession, have been blown out of the water by Steven Gerrard’s Rangers this term. They are presently an astonishing 20 points behind their neighbours, who had claimed the crown by the middle of March.

Now, Celtic are on a mission to win it back. With chief executive Peter Lawwell leaving at the end of the season and no full-time manager presently in place following the departure of Neil Lennon in February, the Glasgow outfit are setfor a wide-ranging overhaul in the summer.

It will have Keane, the headline-grabbing hardman, as its figurehead –but beyond the fire and brimstone brought by the legendary midfielder, a winner of seven Premier League titles and a member of the Man Utd squad that won the treble in 1999, there will be more cerebral support.

Fittingly, it is a former Manchester United team-mate that Keane is set to primarily lean on. Throughout his managerial career to date, the Irishman has recruited extensively from his former employers, and he is set to pluck his right-hand man away from Old Trafford.

Nicky Butt, a fellow midfielder with the Red Devils and now a highly regarded coach, is set to follow him north to Scotland. Indeed, it was confirmed by Man Utd on Wednesday that Butt had quit the club “for a new challenge”.

The man responsible for bringing through the likes of Marcus Rashford, Scott McTominay, Axel Tuanzebe, Dean Henderson and Mason Greenwood at Man Utd is set to become Keane’s No.2at Celtic. Indeed, it is likely that Butt will take charge of the coaching side of things at Parkhead.

Meanwhile, Manchester City recruitment expert Fergal Harkin is set to become the club’s director of football. He possesses a vast knowledge of players worldwide, as well as an extensive contacts book.

Keane will make plenty of wavesin the media with a press-room approach that is every bit as aggressive as his playing style.

There will always be the prospect of a verbal grenade going off in high-pressuresituations, potentially bringing unwanted attention to the club and the team. Roy Keane, after all, is still Roy Keane.

His appointment is, therefore, a risk, but it is a risk Celtic feelworth taking.And in any case, the job of constructing the team and giving it a system is set to come from elsewhere.

Posting a win percentage of under 40 in his managerial career to date, that appears a wise approach from the Hoops, who need both the visceral energy of Keane and the intellect of Butt and Harkin to recover from what has been a deflating campaign marked by failure on the pitch and unrest among the fanbase.

What lies ahead is potentially exciting for the Scottish game.

On one hand, there is a rejuvenated Rangers, led by Liverpool midfield legend Steven Gerrard, while on the other, there will be a wounded Celtic, eager to get back to the top of the league, spearheaded by the wildly competitive United icon Keane.

The pressure will be on the Hoops, though. In the past, they have been left disappointed by such managerial ‘Dream Teams’.

In June 1999, club legend Kenny Dalglish returned to Celtic Park with John Barnes as head coach. It proved a disaster experience for all involved. Barnes was gone by the following February, while Dalglish lasted only until the end of the season.

With Rangers resurgent, Celtic cannot afford another such failure – and neither can Keane.