Chelsea hotshot Broja reveals why he chose Albania over England 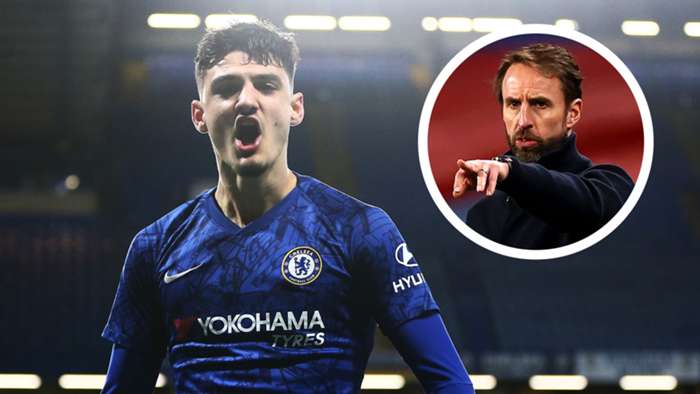 Chelsea striker Armando Broja has revealed why he has opted for Albania over England at international level ahead of a meeting between the two sides in a 2022 World Cup qualifier on Sunday.

The 19-year-old, who is on loan with Vitesse in the Netherlands, featured for Edoardo Reja’s side on Thursday when they got off to a winning start in World Cup qualification with a 1-0 win against Andorra.

Although born in Slough, Broja explained his reasons for opting for the land where his parents were born instead.

"It is a big decision, of course, when you choose your country to play for," Broja toldGoal. "I went for it because I have got Albanian blood in me, I am Albanian, my parents are Albanian so it was an easy decision.

"I thought I would love to make the people there proud and make my parents proud. I wanted to lift Albania up as a country to get us to the World Cup or Euros. That’s the biggest thing for them.

"If we got to the World Cup, it would be crazy and we would make history. We have never got there before so it would be something crazy as a country, you know.

"My parents are Albanian, I am Albanian and I have a lot of family in Albania. I visited there every year so it is really a big part of my life."

Broja was capped at youth level with Albania, for the Under-19s and U21s, scoring eight goals in eight games. Those strikes helped his Chelsea career along, pulling him out of a slump after he lost confidence moving up to the U18 side.

"In the first year of U18s, I was 17 and I wasn’t having the greatest season," he said. "I scored two goals all season so I was really down.

"I was even missing shots in training, so I didn’t play a lot. Then, I had a boost from my mum and dad that Albania called me to play with them in the summer.

"It was the U19s, so I thought it would be good to go there and get some confidence, in a different team with different players, to get my mind away from Chelsea where the season wasn’t the best. I went to Albania, played four games and I scored six goals so I felt good.

"I was scoring, playing well and Chelsea saw it. Before the start of the season, I played in Albania’s U21s against Wales in my debut. I came on at half-time and I scored within two minutes of coming on. I scored again 10 minutes later and I was feeling good and sharp and we were winning 2-0. I came off and we won.

"I felt good and I had a big confidence booster. I felt really good in pre-season with Chelsea and they saw what I achieved ahead of my second year of the youth team. I really hit the ground running and I made sure it was a good year for me.

"I went there and I scored two goals in each of my first two games and carried on scoring. It kickstarted and continued until I am here now. It is good I had that period going down to go back up. You learn a lot in that time that it is not always easy."

Broja became Chelseas No.1 academy striker, earning his productive loan move to the Netherlands. The forward is attempting to help his side qualify for Europe and have a chance to win silverware with a KNVB Cup final place against Ajax to come.

"To be a full international at 19 is something many players have done but also a lot of others haven’t done," he added. "Yes, it is good because as a player from Chelsea, they also expect a lot from me in Albania.

"They expect my quality to help the team so it is good to be in these types of games and, at the end of this month, we are playing against England. So, in these games, I can really showcase my potential.

"So, it is another stepping stone in my career where I have gone and become a full international. It is something special to play for my country."