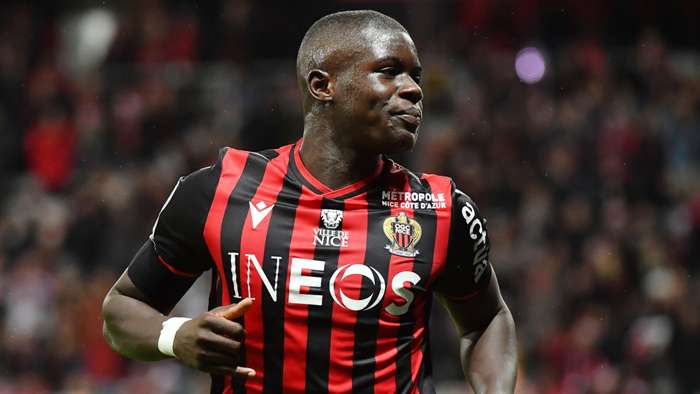 Chelsea are in talks over a free transfer move for France Under-21 international Malang Sarr, who left Nice in the summer and is weighing up offers from a host of clubs.

Discussions with Sarr's representatives mean that Chelsea are now lining up what could be their sixth signing of the summer, having already completed deals for Hakim Ziyech and Timo Werner for a combined cost of £91 million ($114m).

The Blues are closing in on three more transfers with a breakthrough having been made in the talks for Bayer Leverkusen's Kai Havertz after an offer of £72m($95m), with a further (£18m ($24m) coming in team performance-related add-ons, metthe full asking price of £90m($118m).

Leicester's Ben Chilwell has been given an all-clear fitness-wise after his heel was checked in a London clinic ahead of a £50m ($66m) move to Stamford Bridge which is expected to be completed this week.

Having played in Paris Saint-Germain's Champions League final defeat to Bayern Munich, Thiago Silva is now free to pick his next club and the Blues look set to add him to their squad on a one-year deal with an option for an extra year.

The remarkable summer spending spree from the Blues is expected to see them pay around £220m (£289m) on new arrivals despite two possible free transfers.

That outlay has been made possible by the west Londoners having served a transfer ban last summer and having not spent for a year, along with the sales of both Eden Hazard to Real Madrid for £88m($115m), plus add-ons, and Alvaro Morata to Atletico Madrid for £58m ($75m).

AC Milan are moving ahead with their approach to sign Tiemoue Bakayoko on loan but talks remain ongoing whether to include an option or an obligation to buy.

Chelsea are keen to raise further funds and may sell several first-team stars with uncertainty surrounding the futures of all four of their central defenders.

Andreas Christensen and Antonio Rudiger have not opened talks over new contracts despite their deals having less than two years to run.

Meanwhile, Rennes have made a loan offer for Fikayo Tomori, who is attracting interest from Everton, while Kurt Zouma also has continued admirers at Goodison Park.

Michy Batshuayi is being offered to clubs like Leeds, while Emerson Palmieri is expected to be sold once the signing of Englandleft-back Chilwell is confirmed.