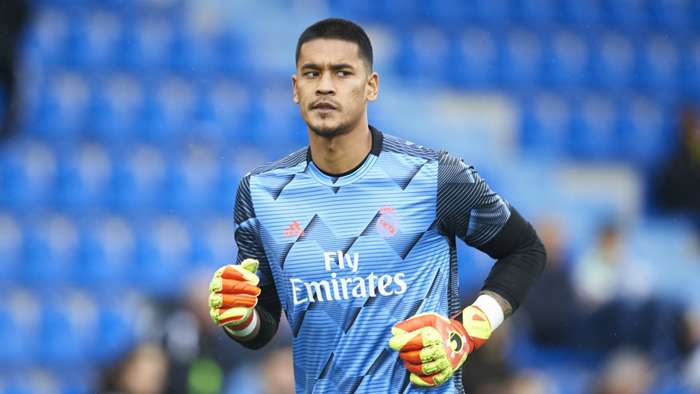 Alphonse Areola has returned to Paris Saint-Germain from Real Madrid amid reports he is set for a Premier League move.

Areola made just nine appearances for La Liga's champions, though, and the Frenchman has been tipped to move on again with game time unlikely at PSG.

"The club would like to thank Areola for his dedication, professionalism and exemplary conduct this season and wishes him the best of luck in this new chapter.

"Real Madrid also thanks PSG for the chance to have had Alphonse Areola as part of our squad."

Reports in the English media said 27-year-old Areola has bought a house in London ahead of a potential move to the Premier League.

Last month Areola's wife,Marrion, posted a picture on social media of the pair standing outside their new house in the English capital with the caption: "Afew years ago our dream was to have our home in London. Our dream came true."

Chelsea have been credited with an interest as the Blues appear keen to find a buyer for Kepa Arrizabalaga, who was dropped for the final Premier League game of the season against Wolves as well as the Champions League defeat to Bayern Munich last week.

Arsenal were also touted as a potential destination to provide extra cover after Emiliano Martinez deputised when Bernd Leno sustained a knee injury in June, although the Argentinian's brilliant performances mean such a scenario may be unlikely.

France international Areola joined PSG's youth academy at the age of 16 and made his first-team debut in 2013 before being sent on loan to Lens followed by temporary spells at Bastia and Villarreal.