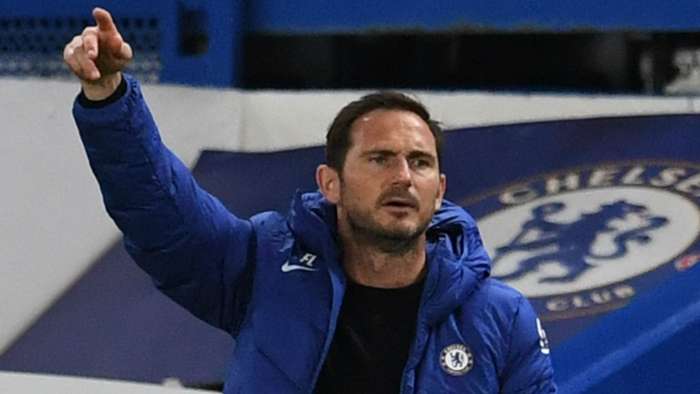 Frank Lampard has warned that the Premier League is undermining its own product by asking Chelsea to travel to Newcastle for an early Saturday kick-off straight after the international break.

The Blues have a curiously poor recent record at Newcastle, having lost on five of their past seven visits to St James' Park (W1 D1), and their hopes of improving on that have not been helped by the timing of this weekend's game.

A 12:30 GMT start on Saturday is distinctly unhelpful, Lampard believes, at a time when he feels the Premier League should be doing all it possibly can to guide clubs through the difficult pandemic period.

He said Chelsea have been training with just four first-team players while their leading lights have been away with their countries over the past fortnight. They also have a Champions League trip to Rennes next week on their busy agenda.

He struggles to see the sense in having the 12:30 match slot at all.

"When you look at the scheduling, for me it's just a common sense factor of the broadcasters have never had as many slots as they have now. That 12:30 slot, how much does it need to be there?" Lampard asked.

"It's absolutely not the optimum way to have players preparing for a Premier League game, which is an incredible brand all around the world.

He sees injury tolls mounting as clubs and players struggle with an increased workload after the later than usual start to the season, adding to his argument.

"So it's clear. It's game after game after game, zero pre-season, the schedule is tighter, throughout the season there'll be these really busy patches, and if we want to handle them the best we can, if we want to look after the players and get the product as well as we can, change the time from 12:30.

"That's not a difficult conversation for me to have. The amount of things we changed due to Covid and Project Restart, and now in this season we had to change because these are incredible times, then we have to look for the best way to change it. So the answer is stop talking and act upon it."

Lampard also said Premier League clubs should band together to insist on being allowed to make five substitutions, as was permitted in the closing weeks of the coronavirus-disrupted 2019-20 season.

That has been denied them this term, with only three substitutes allowed to be used in each game, but Lampard says for the sake of player welfare that should go back up to five.

"I don't want anyone to cry their eyes out for players because we know how lucky we are to do this job," he said.