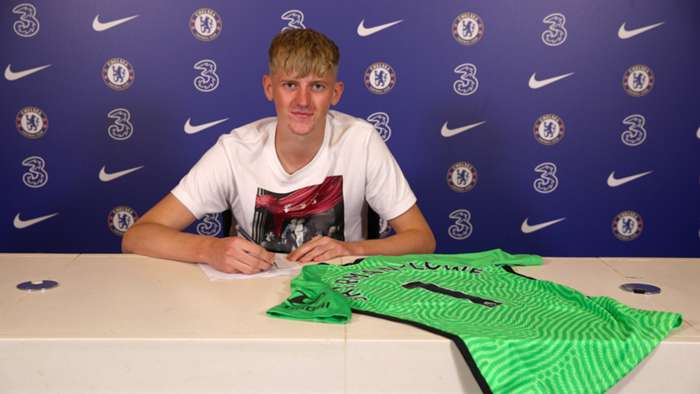 The England Under-19international joins the Blues for an undisclosed fee but will remain at Burton on a season-long loan.

Sharman-Lowe joined the Brewers in 2017 from Leicester and enjoyed a breakout 2019-20 campaign as he was called up to Burton's first-team and attracted the attention of England's youth scouts.

The teenage shot-stopper has signed a three-year deal withChelsea and is excited about what his future now holds as he dreams about one day lining up in goal at Stamford Bridge.

"It’s brilliant and it has all happened so fast. Burton have developed me so well and now it’s another new beginning and, hopefully, I can develop further with Chelsea," Sharman-Lowe told Burton's official website.

"I’m excited to be joining such a great club, especially as they are known for bringing on young players.

"It has all happened in a flash, from playing for the first team in pre-season, and then joining a top-four Premier League contender.

"I want to say a massive thank you to all the first team staff, Jake Buxton and the players and to Nigel Clough, Dan Robinson, Paul Reynolds, Sam Rose and all the Academy staff for all their help and support.

"I just want to continue training with that support, develop as a player, get a few games and see how it pans out."

Burton manager Jake Buxton revealed Chelsea had been monitoring Sharman-Lowe over the off-seasonwith club legend Petr Cech even coming down to watch the youngster in action.

“Teddy joined us as a first-year pro when he turned 17 and this is an amazing situation he has found himself in. When we were approached in the off-season, we arranged for Chelsea’s Head of Recruitment to see him play and Petr Cech came to watch him as well," Duxton said.

“We had a conversation with Teddy and his parents and said if he can stay with us and develop that would be great, and he’s proved he’s more than capable of being an important part of the goalkeeping mix here this season.