Chelsea winger Pulisic: I want to play for USMNT at Tokyo Olympics this summer 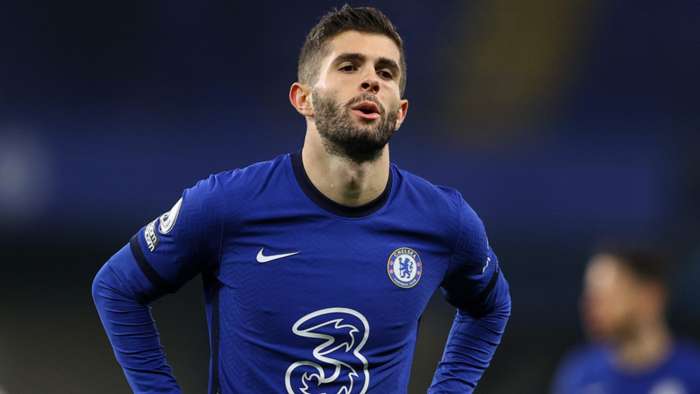 Chelsea winger Christian Pulisic has expressed his desire to represent the United States at the Olympics in Tokyo this summer.

The USMNT are currently attempting to qualify for the tournament and face an all-or-nothing game next week to determine whether they reach Japan.

Should the men qualify for their first Olympics since 2008,Chelsea would have to agree to release Pulisic -which is far from a certainty.

“The Olympics is of course a massive honour to play in, and to represent your country in an Olympics would be amazing,” Pulisic said on a call with reporters on Wednesday. “I am fully supporting the guys in qualifying now. It is something I’ve thought about and that I’ve wanted to play in.

“Obviously I can’t control exactly what goes on and what is best for me at the time and the team at the time, I can’t say, but it is something that I would like to play in.”

"Im just trying to do my best for the U.S. whenever Im required to do so," the Valencia winger said."If thats at the Olympics too, then Id be happy to play in them and be involved with it."

After defeating Costa Rica and the Dominican Republic in their first two group-stage matches, the U.S. face Mexico on Wednesday in their final Group A match, with both teams already having qualified for the semi-final stage.

Wednesdays match will be for bragging rights ahead of Sundays semi-finals, with the two winners of those matches advancing to Tokyo and the two losers eliminated.

The semi-finals will see the USMNT face either Canada or Honduras.

The Olympic mens tournament is an Under-23 event and, as such, club sides are not obligated to release their players for the tournament.

Should the USMNT and Chelsea decide to release Pulisic, he would miss a good portion of the clubs pre-season and potentially the start of the regular campaign.

While Pulisic has seen his playing time reduced under new boss Thomas Tuchel, he is still a key figure at Stamford Bridge and it is unclear if the Blues would sanction his departure.

If were not focused, Mexico will batter us! - U.S. face Olympic balancing act