Clashes with Mourinho, serious injuries and a reggae career: The fall of Real Madrid wonderkid Jese 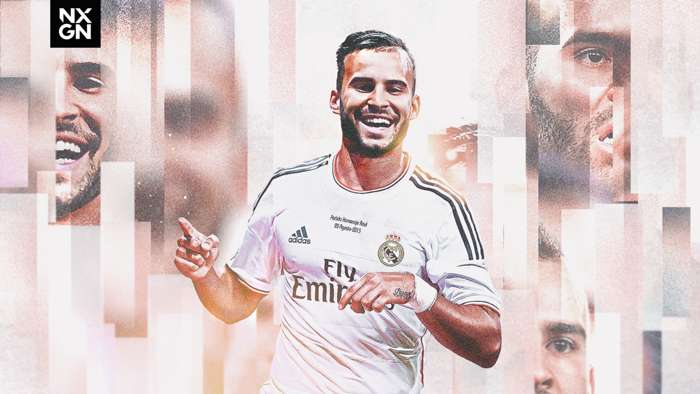 Alberto Toril is a man who knows the workings of Real Madrid as well as anyone.

Formerly the clubs academy manager, then coach of the C team and laterLos Blancos’ reserve team, Castilla,he has seen hundreds of young talents come and go.

Looking back, though, he is in no doubt as to the most giftedplayer to come through the system during his time at Santiago Bernabeu: Jese Rodriguez.

“He had everything. Physically he was gifted: strong, fast, powerful, agile. Also, technically. At that age you already saw different things in him,” Toril, speaking exclusively to Goal , saysof the former wonderkid.

Jese was a graduate of the Madrid academy, a player of intense talent who caught the eye of every coach at the club, not just Toril.

“I had to see all the boys on a day-to-day basis," he continues. "Jese was in the Cadete category, and everyone talked about him. Everyone said that if he continued his progression, he would be important.

“With the ability to see many plays in a short space of time and then decide quickly, he was quickly distinguished from the rest of the boys. With the ball at his feet, at full speed, he made good decisions. He had a lot of plays on his mind.”

Born in Las Palmas, Jese had interest from Barcelona, but signed for Real at 14.

He went onto make his senior debut in 2011 for Castilla, and was quickly compared to Cristiano Ronaldo.

A versatile forward, he played asa false nine at Castilla buton the wing in the youth ranks, often switching flanks during games.

Direct, technically apt, and with an eye for goal, there was plenty to suggest he could be the long-term successor to the Portuguese master.

Those early comparisons, however, weighed heavily on the young star, believes Toril, as did off-field matters, not least becoming a teenage father.

“The thing is that he arrived very young. He reached Castilla while belonging to Juvenil category at17 years old.

"He only had his thoughts on football, but at the end of the year he had his first child and that changed his personality. He becamea little more mature, and feels that he has a greater responsibility.”

Still, Jese’s rise continued. He was promoted to first team for the 2011-12 campaign, and made his senior Real debut at the age of 18 on December 12, 2011, replacing Ronaldo for the final 15 minutes of a Copa del Rey match.

A significant block stood in his way to the first team however: the manager.

Jose Mourinho felt that Madridplayed a different way to Castilla, and that they did not have space for a player of Jese’s position – no matter his adaptability.

Jese was not happy, and gave an interview to Marca in 2013 complaining about lack of game time as well asMourinho not giving youth a chance. It was a sign of things to come.

Toril feels the sheer stubbornness on Mourinho’s part had a major role to play, saying: “Our function was to explain to Mourinho the players with possibilities that were in the second team, and Jese was the one who we talked about most. We also talked to him about [Dani] Carvajal, [Alavaro] Morata andNacho.

“Many times, coaches at the first team do not like to be told, but rather they prefer to find out for themselves.

"In the first team, Jese clashed a bit with Mourinhos personality. I dont know if Mourinho was unfair to him, butthe coaches like to discover the young talents from below, not to be told about them.”

Mourinho left Real Madrid in the summer of 2013 and was replaced by Carlo Ancelotti, while at the same time, Jese signed a new contract worth more than €1 million-a-year and which contained a €200mrelease clause.

Ancelotti, unlike his predecessor, was a fan and began properly integrating Jese into the senior squad. According to Toril, the Italian was left with very little choice.

“At 18, 19 years old, still very young, he already dominated in Segunda. The progression was tremendous.

"Aftera short time, it was already being discussed if he had to be the starter instead of [Gareth] Bale. Ancelotti was practically forced to put him ahead of Bale, so imaginethe performances he was giving.

“Unfortunately, he had a serious injury.”

This pushed him to the fringes of the first team, and though he made 23 appearances when he returned in 2014-15, only three were starts.

The following campaign did not go much better under Rafa Benitez then Zinedine Zidane, and, despite being a squad player in two Champions League-winning sides, he ultimately had to leave, joining Paris Saint-Germain in a deal worth a reported€20m (£17m/$22m)in the summer of 2016.

"[Edinson] Cavani is a great player, but I am no substitute," a bullish JesetoldLe Parisienupon his arrival. "We must all fight to hold a place in the team. I come here with the desire to play in every game, although I know there are great players in Paris.”

The Spain Under-21 international struggled to convince Unai Emery of his abilities, however, and midway through his first season he was already being spoken about as a potential loan signing for another club.

"Liverpool, AC Milan and Roma want Jese and are ready to pay what he earns. We cannot afford that salary," Las Palmas president, Miguel Angel Ramirez, told Las Provincias in January 2017 amid reports Jese could even make a return to his hometown club.

"He wants to come to Las Palmas, but he is owned by PSG and earns a salary that is of his level - and that is very high."

Jese has always been close with his family. He has the names of his parents tattooed on his hands, and promised his father that he could retire when he made it in football; something he followed through on the day his sonsigned his first professional Real deal.

As he continued to fail in his bid tocrackthe first team at Parc des Princes, Jese did eventually return home in January 2017, joining Las Palmas on a short-term loan deal.

That proved to be the first of four temporary moves he made during his time with PSG, as Jese also endured underwhelming stays at Stoke City, Real Betis and Sporting C.P before his release in 2020.

"At PSG,it was difficult for him to find his place again, to reachthe level he had before," Toril says, citing the length of time Jese spent away from the game while injured at Madrid for his struggles down the line.

“He had difficulty dealing with an infection, which meant that it was not a standard recovery.When you are not playing for so long, it costs you a lot.”

As he travelled around Europe searching for form, Jese’s private life became more of a factor in his playing career.

During his time at Stoke during the 2017-18 campaign, he was forced to return to the Canary Islands multiple times after his third son, Nyan, was born prematurely, before eventually being given unpaid compassionate leave in May.

Hehad issues on the field during his Premier League stint too, including when heleftthe stadium early after being an unused sub in one game, beforeconfronting Charlie Adam having being denied a penalty in another.

Still, Jese was never short on self-belief, welcoming comparisons to Ronaldo when he joined his former team-mate’s first club, Sporting, though by now he was putting as much focus into his aspiring music career as he was his day job

The 28-year-old has released singles as a solo reggae artist under the name Jey M, and is a member of the group, Big Flow.

Toril feels that these distractions would never have manifested had he knuckled down and fought for his place at Real.

“When he leftMadrid, his life changed, with other hobbies such as music," he says."It beganto distort his life in terms of football. That put him in the position he is now."

Earlier this year, Jese returned to Las Palmas permanently after his contract in Paris was cancelled, amid reports he had broken Covid-19 regulations to cheat on his partner with one of her friends.

The plan is to rebuild his career in familiar surroundings, but there is little doubt now that Jeses supreme talent is one that has gone to waste.

“If you treat him closely, he is a humble, kind and affectionate boy," Toril concludes."He is nothing of what he transmits outside.

"It is true that he has led a disorderly life, that is obvious, but then he is very close with people.

“Of the young men I have seen, he is the most talented.”