Conte: AC Milan were a little lucky in Inter win 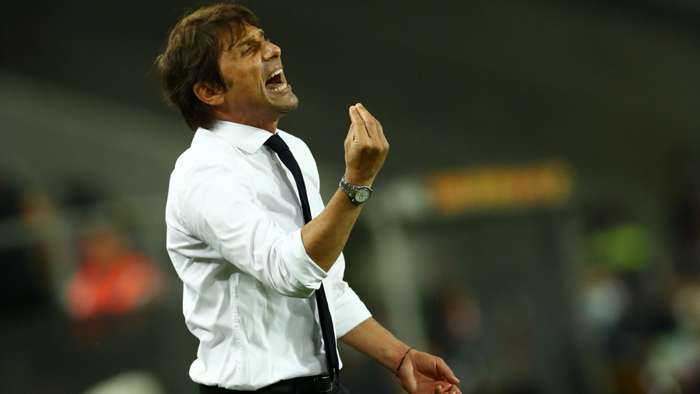 Inter boss Antonio Conte said bad luck was more to blame than his side's defending for their 2-1 derby defeat to AC Milan on Saturday.

Inter created plenty of chances throughout, with Lukaku spurning two good openings and seeing VAR intervene with an offside call after he had initially won a penalty.

Achraf Hakimi also turned a header wide with the goal at his mercy as Inter managed just one shot on target in the second half.

"We're sorry to have lost a well-played game on our part. They were good and I think also a little lucky," Conte told Sky Sport Italia.

"We create a lot of chances to score goals in every game. We have to become more cynical to take advantage of them. But at the same time, I have nothing to blame the boys for. They fought to the end to equalise. We weren't very lucky."

Ibrahimovic's first came from a rebound after Samir Handanovic had saved his penalty, the veteran striker having been brought down in the box by Aleksandar Kolarov.

Kolarov, playing on the left of the back three, was nowhere to be seen when Ibrahimovic scored his second three minutes later at the end of a swift counter-attack.

Conte, though, insists such a position is "the best role" for the 34-year-old, saying: "Heplayed it for the national team and for Roma. For his moment in his career, it's the right position."

When asked if Inter were wrong to allow the experienced centre-back Diego Godin to leave after last season, Conte replied: "Every decision was evaluated by the club and it's not up to me.

"What I must do is to try to get the best out of the players I am given, and I think that's something I do very well. If you want to talk about other matters, you can ask other people about them."

Inter are currently sixth in Serie A with seven points from their first four games and now find themselves five points adrift of early leaders AC Milan.