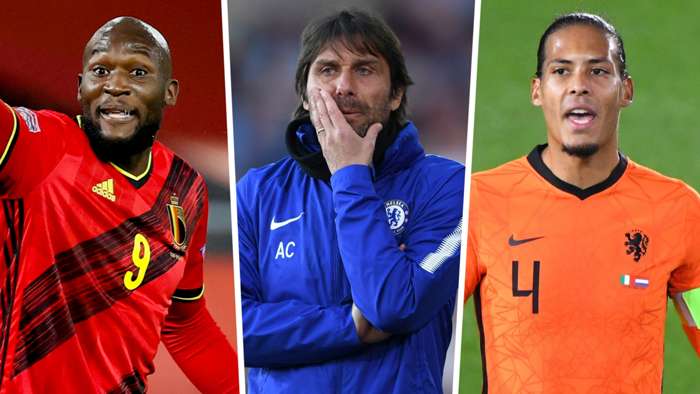 Antonio Conte has revealed that he wanted to sign Romelu Lukaku and Virgil van Dijk during his time as Chelsea manager, with his reign losing momentum once those transfer pleas came to nothing.

Questions were being asked of his brand of football by that stage, but the current Inter coach believes things would have been different if Roman Abramovich had bankrolled moves for star turns that were on the books of Everton and Southampton at the time.

Conte told The Telegraph: “I asked for two players and we were very, very close after we won the league.

“One player was Romelu Lukaku, the second player was Virgil van Dijk, and these two players were very, very close.

“We were in contact every day and I always said that with these two players we would improve my team by 30 per cent.

“I think maybe we lost the momentum to bring Chelsea at the very top and then to stay for many years.

While he missed out on managing Lukaku in England, as the Belgian ended up heading to Manchester United, Conte has linked up with the forward in Italy.

The powerful frontman hit 34 goals across all competitions last season, and has seven to his name in the current campaign, with Conte convinced that he would have succeeded in the Premier League where United and Jose Mourinho failed with Lukaku.

He added: “For sure, it would have been a different story if I was the coach of Romelu.

“Romelu is an incredible player and he has a lot of space for improvement.