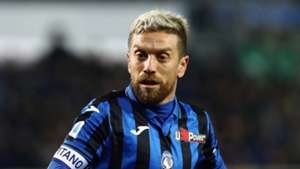 Atalanta forward Papu Gomez says he does not see any short-term solution which could see football played again in Italy.

The 32-year-old is captain of Atalanta, based in Bergamo - one of the cities currently hit worst by the coronavirus outbreak.

Their last game was the 4-3 win in Valencia which sealed their progression to the quarter-finals of the Champions League for the first time on March 10.

Now, though, football is a long way down on Gomez's list of priorities.

"Honestly, at this moment it is very difficult for me to think about football," Gomez told Ole. "I do not see how it can be played again in the short term. I do not see a solution in the near future.

"If they say that it will start again in a month, people will still be infected and we will be travelling by plane or by coach, going to hotels.

"Possibly there will be fewer people infected, but it won't stop in a month."

Italy manager Roberto Mancini described the sight of a military convoy transporting coffins out of Bergamo as being "like a punch in the face".

Gomez has been isolated at home with his family since returning from Spain on March 11, and he has continued training to maintain his fitness.

"I train, yes, just to keep moving," he said. "The reality is that I do not know when I will return to practice with my team-mates or play a game.

"I think very little about football because unless a cure or a vaccine is found, I think this is going to last for a long time."

"I think the players had a lot of courage and the club took a very brave decision," Gomez said.

"Here, football should have stopped a week or fifteen days before it did, and they did not do it. Nobody said anything.

"They played Juventus against Inter, [Juve defender Daniele] Rugani caught it and passed it on to others.

"That a club like River, who are very powerful, has taken that measure, I think they are an example."

Rugani's Juventus team-mates Paulo Dybala and Blaise Matuidi are among the Serie A stars to have tested positive for Covid-19.