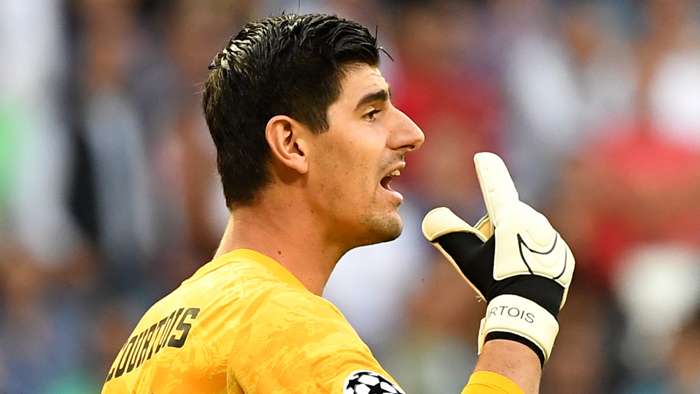 Thibaut Courtois is confident Real Madrid are not short of goals despite struggling to a scoreless draw at Real Sociedad on Sunday.

That was the clearest opening of the match, although Karim Benzema miscued when he looked set to strike moments before Isak ran through at the other end.

Benzema was supported by Martin Odegaard in an advanced midfield role, but Madrid – still missing Eden Hazard and having moved on Gareth Bale and James Rodriguez –could not forge a breakthrough despite mustering 16 shots in total.

Courtois told Movistar : "Of course we've got goals. You see it in training, you see it in the last pre-season friendly we had against Getafe a 6-0 win.

"But sometimes the ball just doesn't want to go in. I don't have any doubt there are plenty of goals in this team."

The goalkeeper was encouraged by his team-mates' work to subdue Sociedad, who had just 32 per cent of the possession and were restricted to six attempts.

"If we don't concede too many goals and we can order ourselves and be difficult to score against, we have at the other end of the pitch Karim Benzema, who always plays at a very high level and didn't have any luck tonight," Courtois said.

"It's always important for us to keep a clean sheet. That's the way it went after lockdown. It ended up that many of our games were without conceding."

Despite his failure to inspire victory, it was a big night for Odegaard, making his full league debut for Madrid against the side he played for on loan last season.

The 21-year-old had one blocked shot and contributed two key passes.

"It was a very special game for me. I was playing against friends, good people. Very special," Odegaard said. "I felt good, but obviously the victory was missing."

Stand-in Sociedad captain Mikel Oyarzabal said of his former team-mate: "Martin knows he's much loved here, but today we didn't want things to go too well for him.