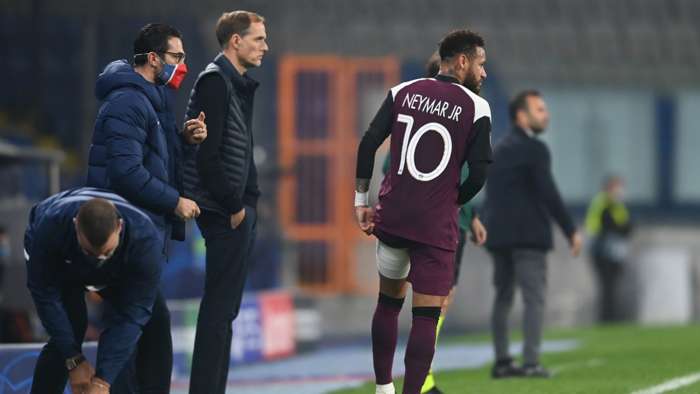 Paris Saint-Germain are dealing well with their injury crisis and criticism of their form is "insane", according to Lille coach Christophe Galtier.

The champions lost their opening two league games and have been beaten in two of their three Champions League matches.

But Tuchel has been battling numerous selection issues, robbed of key men by a combination of injuries, suspensions and positive coronavirus tests.

PSG have only been able to simultaneously name Neymar and Kylian Mbappe in their starting XI for two of their 10 Ligue 1 games this term, winning on both occasions while scoring a combined eight goals.

Neymar has made just four league appearances but has created 15 chances, trailing only Pablo Sarabia and Angel Di Maria (both 16) among PSG team-mates. Di Maria has himself played a mere five times.

Given the regular absence of such key men, rival Galtier is stunned by the discussion of PSG's performances.

"There are criticisms today of PSG that seem insane to me," Galtier told L'Equipe. "We are hard on them.

"They have been playing for a few weeks with a second team, which would be a good Ligue 1 team but would not be champions. They are performing despite an incredible injury list.

"It's more difficult in the Champions League, but when you have players like Mbappe and Neymar who are absent, it is normal that the team is less efficient.

"Against Rennes, a team that plays in the Champions League, a very, very diminished Paris managed to win 3-0 without trembling too much.

"I'm not here to defend Thomas, but it's tough. They have 10 or 11 out with this sequence of matches.

"If we had 10 out, come back in two months and tell me what has happened in the meantime.

"Besides, we are going to be faced with an injury crisis. We have Renato Sanches injured, Zeki Celik injured, two players who keep playing.