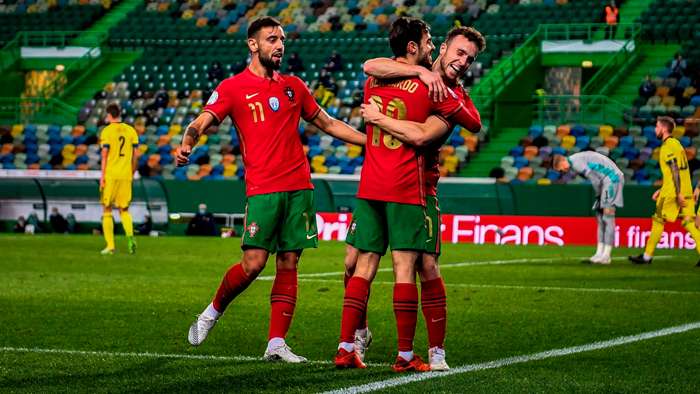 Portugal travel to Croatia on Tuesday evening in Group tA3 of the UEFA Nations with Fernando Santos' side knowing they will not be able to defend their title.

Croatia, meanwhile, are facing the prospect of relegation to League B, but know that a win should guaranteetheyremain among the elite of the tournament for the next edition.

Portugal are unbeaten away from home in the Nations League and bet365 price them at 6/5 (2.20) to record a win.

Duje Caleta-Car is suspended for Croatia while Filip Uremovic could be a doubt after limpingoff against Sweden at the weekend.

Portugal have no major selection issues although Santos might choose to give some minutes to some of the less-used members of the squad, with little on the line for the European champions.

These two sides met in the first game of the group back in September with the Portuguese running out 4-1 winners in what was an incredibly strong performance from Santos' men.

The result set the tone for Croatia's current campaign during which their matches have seen plenty of goals. Indeed,each of Croatia's last seven matches in the Nations League have seen over 2.5 strikes and both teams scoring and there should surely be interest in backing a repeat.

The hosts have the motivation of trying to win to avoid relegation and have found goalscorers from all over the pitch, with their seven strikes in the competition coming from six different players.

Portugal have generally kept things tight in the tournament but with nothing on the line, there could be more chances of them conceding than in previous matches.