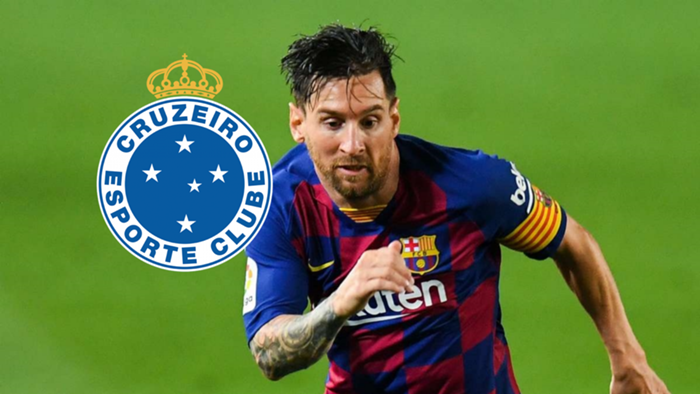 Brazilian sideCruzeiro gave their fans quite the shock on Friday when their website announced the signing of Barcelona legend Lionel Messi.

On Tuesday,Messi told Barcelonahe wants to leavethe club in a shock move after spending 20 years with the Catalan outfit.

Since then, speculation has been rampant over the Argentine's future as plenty of big-spenders, including Manchester City, PSG and Inter have been linked with a move for the 33-year-old.

One club that unsurprisingly hasn't seen its namelinked isCruzeiro, who were relegated to the second division for the first time in 2019.

Still, for a brief moment on Friday the club "announced" Messi's signing in a release on their official website that included false quotes from the man himself.

"I'm very happy to be herewith Cruzeiro," the false quote from Messi read."It's a great honour to be a part of head coach Enderson Moreira'steam. See you soon, Foxesfans. I can't wait to play in the MineiraoStadium!"

The fake release also stated thatCruzeiro were in negotiations with Juventus over a move for Cristiano Ronaldo.

After taking down the post, Cruzeiro said that the club will take actionto identify the hackers who pulled off thestunt.

“Cruzeiro Esporte Clube confirms that itsofficial website suffered a brief invasion in its news publisher in the late afternoon of this Friday, August 28," a club statement read.

"The attack, however, was quickly controlled and the post was deleted by oursecurity system.The club can confirm thatno information or data has been compromisedor leaked, and the origin of the invasion is being investigated."

While he may not be moving to Brazil, Messi's future is still very much in the air as he appears intent on leaving the only club he has played for at senior level.