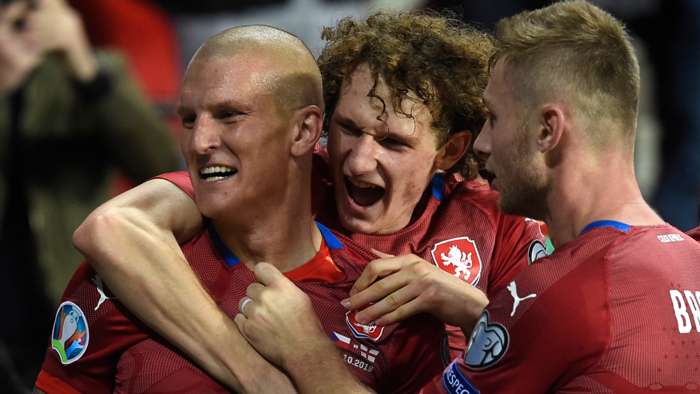 The Czech Republic will use an entirely different team for their Nations League meeting with Scotland on Monday after positive coronavirus tests in their delegation.

The clash in Olomouc was called off on Friday by the Football Association of the Czech Republic (FACR) following the team's 3-1 victory over Slovakia.

The Slovakia matchwent ahead despite two positive Covid-19 results in the Czech camp, though every player was negative, and after the final whistle the FACR decided to end its preparations for Scotland with immediate effect.

However, in order to avoid potential sanctions for failing to fulfil the fixture against Scotland, the FACR reversed its decision on Saturday.

No one present in Bratislava, including players and coach Jaroslav Silhavy, will form part of the set-up for the meeting with Steve Clarke's team.

"After a debate with UEFA, it was decided that Monday's match with Scotland will take place at the original date and time," an FACR statement read.

"The FACR is now in close communication with the clubs with which it is deciding who will play for the Czech national team."

On Twitter, the FACRindicated the team thatwould face Scotland could include"staff members."

"Czech team will consist from new players and staff members."

In a statement,Scottish FA chief executive Ian Maxwell said that he was surprised to learn of the match being cancelled initially, and confirmed the game would go ahead with strict protocols in place.

“Following extensive conversations late last night and this morning we have received categorical assurance that the match goes ahead," Maxwell said.

“Furthermore, Czech Republic have confirmed they will be able to fulfil their obligations to the match and, more importantly, to the stringent Covid-19 testing regime that is sacrosanct to ensure the safety of our players and staff.