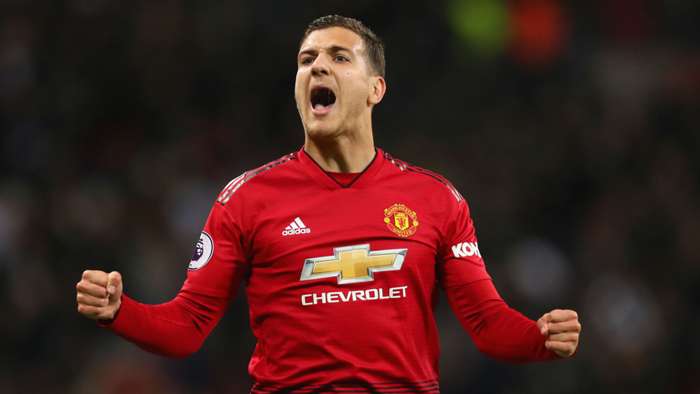 Diogo Dalot has no regrets at how his time at Manchester United played out, but he is open to the idea of returning of Old Trafford when a loan spell at AC Milan comes to an end and righting a few wrongs.

He arrived as a youngster boasting plenty of potential, but struggled for form and fitness and has taken in just 35 appearances for the Red Devils so far.

Ole Gunnar Solskjaer decided early on in the 2020-21 campaign that the 21-year-old would not figure prominently in his plans and duly sanctioned a season-long switch to San Siro.

Dalot has not been a guaranteed starter in Milan either, but has helped the Rossoneri to the top of the Serie A table and last-32 of the Europa League.

He is enjoying his time in Italy, but admits to feeling that he has unfinished business back in England.

Quizzed by Record on whether he would like to head back to Manchester and put his previous issues behind him, Dalot said: “Of course, the feeling is a little deeper, more because I didn’t have the time I liked physically.

“I had great moments at United. I played very important games for me and the team.

“I left with a bit of a bittersweet feeling for not being physically available for all those games I lost due to injury but it is what it is.

“I wouldn’t change anything because what I learned was very important for my future and how I am now. I don’t regret it or look back with disappointment.”

Dalot has taken in 11 outings for Milan across all competitions this season, with the most recent of those coming in a 2-0 win over Benevento which saw him complete the full 90 minutes.

He is feeling settled in his current surroundings and wants to remain fully focused on trophy-chasing with the Rossoneri before any thought is given to linking back up with United.

Dalot added: “It is always positive to see the feedback from Milan fans and the affection that United fans have for me. It’s fantastic to feel that.