Dani Alves: I wanted Barcelona return but they didn't have the balls to admit they were wrong about me! 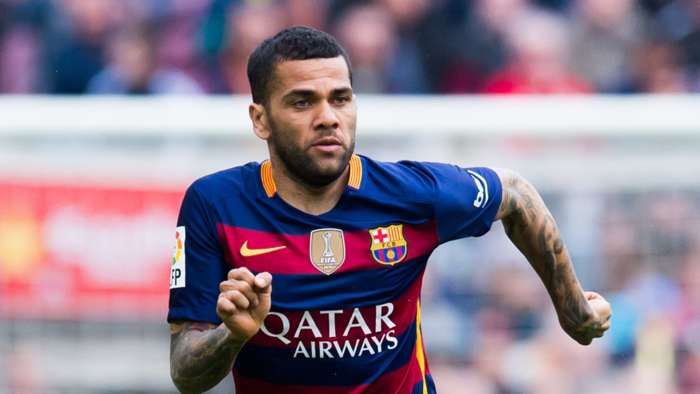 Dani Alves has revealed that he offered to return to Barcelona after his stint at Juventus but claims his old club "didn't have the balls" to re-sign him.

The Brazilian helped the Blaugrana win 23 trophies in total, including six La Liga titles and three Champions League crowns, the last of which was won after a 3-1 final victory over Juventus in 2015.

Alves was allowed to leave Barca as a free agent the following year, and was promptly snapped up by the Italian champions on a two-year contract.

The 37-year-old won aSerie A and Coppa Italia double in his only season in Turin, while also playing a key role in Juve's run to another Champions League final, only to be on the wrong end of a 4-1 scoreline against Real Madrid.

He left the Allianz Stadium by mutual consent in the summer of 2017 before joining Paris Saint-Germain, where he added even more domestic silverware to his impressive collection under both Unai Emery and Thomas Tuchel.

Alves made his way back to his homeland after two years in France, and is still going strong at Sao Paulo to this day despite advancing well into the latter stages of his career, but he has now opened up on a failed return to Catalonia which left a sour taste in his mouth.

"I offered myself to Barca to come back. I went to Juve to prove I was still at a good level," the veteran defender told RAC 1.

"I wanted to return to Barca and they needed me,but they didn't have the balls to admit that they were wrong with me. If they had treated me as I thought I deserved, today I would still continue playing for Barca.I love this club ”

Alves is the latest in a long line of players to hit out at the way Barcelona has been run at boardroom level in recent years, as the likes of Lionel Messi, Luis Suarez and Neymar had all aimed publiccriticism at club presidentJosep Maria Bartomeuamid a lack of progress on and off the pitch.

Bartomeu resigned last month ahead of an imminent vote of no confidence, but a Camp Noulegend says it will take time for the club to rebuild after losing it's "identity".

"The style of Barca is changing.The club has lost its identity a bit and now has to go through a tough process to recover it," Alves added.