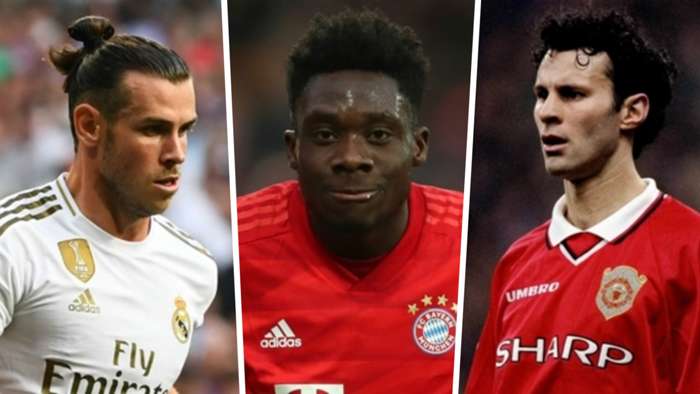 Alphonso Davies has seen his direct running down the left flank earn comparisons to Ryan Giggs and Gareth Bale, with Karl Robinson backing the Bayern Munich youngster to become “one of the very best players in the world”.

Davies gave Nelson Semedo a torrid time in that contest, with the flying full-back having come a long way since being handed his senior debut by Robinson at MLS side Vancouver Whitecaps in 2016.

“It puts smiles on people’s faces when a player progresses, and in Alphonso’s case progresses very quickly,” Robinson told The World Game.

“I am just one person in his football journey - the one who gave him his professional debut because I saw something very special in him. You need people to take a chance on you and I was able to do that with Alphonso.

“The way he’s progressing, for me he’s on his way to being one of the very best players in the world.”

Robinson added on a player that Bayern brought onto their books in January 2019: “He’s got the best players around him and quality coaching but he deserves all the credit because he’s a fantastic player and a phenomenal young man.

“The way he went past Semedo from a standing start reminds me of a young Ryan Giggs, who was that quick over just three or four yards. The way he didn’t rush into his decision making for the goal showed why he’s at a huge club like Bayern Munich. That was brilliant.”

Robinson took the decision to convert Davies from a promising winger into a highly-skilled left-back and believes the youngster can now follow in the footsteps of England and Wales legends.

He added: “His positioning and footwork will improve with experience, but Ashley Cole at the same age wasn’t the perfect defender and Gareth Bale at 21, playing as a left-back turned into awinger at Tottenham had developing to do too.

“Alphonso has a kick-start on these boys because he’s playing at such a high level, a year or two before them.