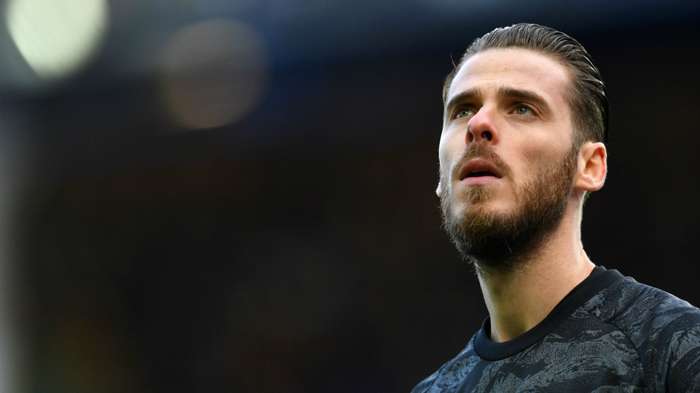 David de Gea has been “fantastic” for Manchester United down the years and will be again, says Edwin van der Sar, with the former Red Devils goalkeeper expecting the presence of Dean Henderson at Old Trafford to raise collective standards.

De Gea has started to face questions of his ongoing presence between the sticks as a result, with the Red Devils having welcomed Henderson back into their ranks from two productive loan spells at Sheffield United.

The confident 23-year-old has made no secret of the fact that he intends to become first choice, but securing said role will not be easy.

Van der Sar believes De Gea will remain the go-to man for Solskjaer heading into the 2020-21 campaign, with a four-time Player of the Year having enough credit in the bank to ensure that he will not be dumped on the back of a few uncharacteristic mistakes.

“The moment he took over from me he has the Player of the Year award many times and he’s been amazing for the club.

“Ole will take a look at how the competition in the team is and which goalkeeper works best with the defence.

“To be fair, I was quite impressed with Dean’s rise with Sheffield, but David has been great for United. He has made some mistakes but I’ve made them myself also, every player makes mistakes.

“It’s about the moment in which you make them – are they at 0-0? Is your team bailing you out? Could a striker score an injury-time goal so the mistake you made goes into the background?

“I’m sure that David will be the force that he has been for the club and hopefully now with the investment in the right players that are coming in, it’s looking more and more like a competitive squad again to challenge for the honours. I’m sure that those two will push each other to a high level.”

On the competition for places that Solskjaer now boasts, Van der Sar added: “That’s what it’s always been about.

“When you’re a young player, you look up to the guys who are in the first team. Then when you start training with them you start to challenge and start to work hard so you’re ready when that moment comes.

“When you get that chance you need to grab it. Some boys are lucky in that you might win, score or give an assist, or you might be unfortunate and lose a game and then the manager might think it’s difficult to bring you in another time.”