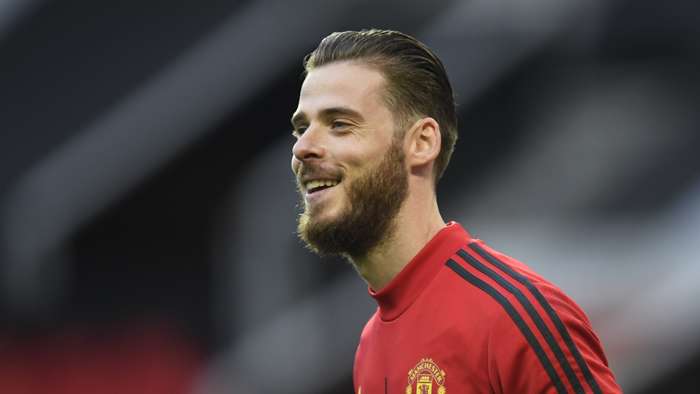 David de Gea is backing himself to keep the No 1 shirt at Manchester United despite a string of high profile mistakes this season.

Henderson only wants to return to Old Trafford if he is guaranteed to be starting, and with interest from Chelsea in the young goalkeeper, Solskjaer has a dilemma over what to do.

The competition doesn't fazeDe Gea, who has won the club’s player of the year award four times, and he is backing himself to keep his place.

“I trust in myself,” he said. "I showed my qualities all the years, so I just keep available for the manager. I'm always ready to play and try to help the team as always, as I did always."

The Spaniard was given the nod ahead of regular Europa League choice Sergio Romero for United’s defeat to Sevilla and despite the disappointment of losing a third semi-final of the season he is pleased with the progress the side have made.

“I think we improved already this season. We were 14 points behind the third position in the Premier League. We finished third at the end,” De Gea explained.

“We play very good I think many games. We deserved to be in the final, if we are honest; maybe we need a bit of experience, more experience on the team -but we have to score the chances. Let's keep improving, let's keep fighting for this club and let's try to win trophies next season."

The players have now been given two weeks holiday before they resume training ahead of the new campaign starting next month and with the improvement last season the 29-year-old is confident Solskjaer has the team heading in the right direction.

“I think we are playing very good football, attacking football and we are all enjoying playing attacking football,” he said. “There has been a lot of games, not a lot of rest, so we have like a couple of weeks to rest, properly rest, and then to start training again.

"Everything, the games goes again and we have to be 100 per cent focused and ready to play our best football."