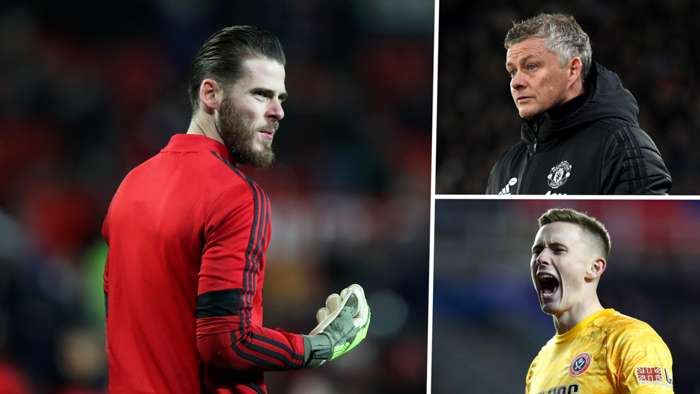 Dean Henderson’s battle with David de Gea for starting duties at Manchester United is “a good problem to have”, says Lee Grant, with Ole Gunnar Solskjaer being handed a welcome headache.

Selection posers can be problematic at times, with it difficult to keep everybody happy and pulling in the same direction.

Those at Old Trafford find themselves facing a tricky decision between the sticks, with added competition for places welcomed for 2020-21.

Academy graduate Henderson has returned from two productive seasons on loan at Sheffield United, with the 23-year-old making no secret of his desire to become the Red Devils’ number one.

That role is currently filled by Spain international De Gea – a four-time Player of the Year in Manchester.

Picking between two proven performers will not be easy, with many suggesting that a friendly rivalry may turn out to be anything but.

Grant, though, believes that difficult decisions are part and parcel of life at the top of world football, with United’s goalkeeping dilemma considered to be a positive for the Premier League giants.

A man who forms part of Solskjaer’s keeping crop told MUTV: “I think it's a good problem to have.

“He Solskjaer has got good individuals, good characters and that's important.

“The four or five of us all understand what it takes, we all want to support each other, but most importantly we all have a determination to be better than the next one. That's crucial and I think that will stand us in good stead over the course of the season.

“There's lots of games to play, so all hands on deck as it were.”

De Gea is expected to start the 2020-21 campaign as United’s first choice, but Henderson will be snapping at his heels and Grant is delighted to have the England hopeful back in contention.

The 37-year-old added: “It's been great, really good atmosphere within the group.

“The goalkeeping department is no different from any other department. We're all pulling in the right direction, striving to be fit and ready and looking forward to next weekend.

“I imagine for Dean, it gives him huge confidence in himself. That self-belief is all important, especially at a young age. The next test for him is obviously in front of him.

“He's now committed his future to the football club, which is wonderful news, so it's great for the department: myself, Dean, Sergio Romero, David, Nathan Bishop... it's a long list.

“We all want to play and do well for the football club and that can only enhance the atmosphere in the group.”