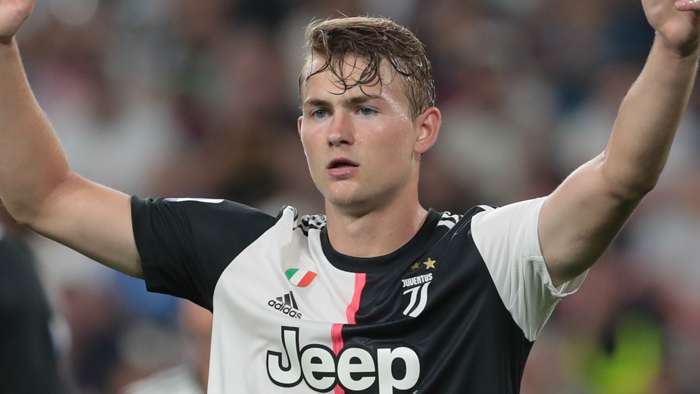 Juventus have been boosted by the news that Mattijs de Ligt will be ready to return to action after the international break, with Goal learning the Dutch defender is fully recovered from shoulder surgery.

He has been sidelined ever since, preventing him from taking part inthe 2020-21 campaign so far.

Juve reported at the time of his operation, though, that everything had gone as planned.

A statement from the club read: “The operation, performedby Dr. Volker Mushal, assisted by doctors,Bryson Lesniak and Fabrizio Margheritiniandin the presence of Juventus’ Head of Medical Department,Luca Stefanini, was a complete success.”

With all medical boxes ticked, De Ligt has been able to ease his way back to full fitness, with the highly-rated 21-year-old all set to open his second season at the Allianz Stadium.

The first was testing at times, as questions were asked of his ability to make a step up from Ajax, but he progressed as the campaign wore on and feels settled in Italy.

He said back in December 2019: “I'm very happy in Turin, I hope to stay here for a long time. I was really proud to joinJuventus of course, when a big club like Juve want you it's a big honour. I always liked Juve as a club and now I'm happy and proud to wear this shirt.”

Juventus, who have been struggling for consistency under rookie coach Andrea Pirlo, will be delighted to have De Ligt back at their disposal.They will also haveBrazilian full-back Alex Sandro, who is also set to come into contention for themeeting with Cagliari on November 21.

Aaron Ramsey, another of those to have missed the chance to head away with his country for the latest round of international fixtures, is edging his way back to health. He may be ready for theEuropean clash with Ferencvaros on November 24.