De Paul indicates he is close to Leeds move 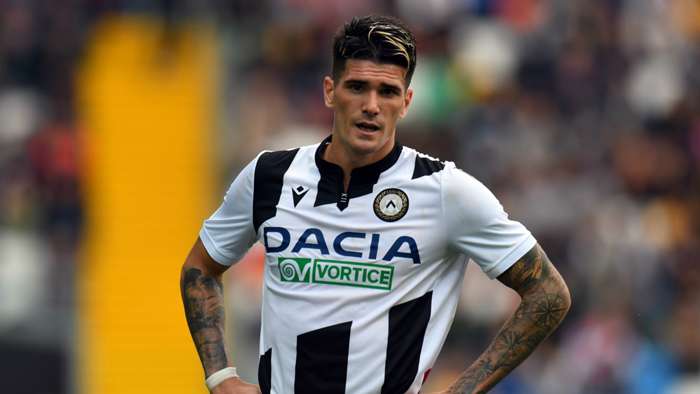 Udinese midfielder Rodrigo De Paul has indicated he wants to join Leeds and is waiting on the two clubs to come to an agreement.

The Premier League side have been in talks with Udinese over a deal for the 26-year-old and recent reports claim the Italian club want around €40 million (£37m/$47m) for him.

However, negotiations have been dragging on for several weeks now and reports in Italy claim Zenit are also showing interest. But De Paul has given Leeds fans a hint that he would rather make the move to England.

Leeds fanzine The Square Ball commented on Twitter that the Argentina international wants to join Marcelo Bielsa's team but is waiting on Udinese to accept a bid. De Paul replied: "Yes" and added a fingers-crossed emoji before deleting the tweet shortly afterwards.

De Paul, who joined Udinese from Valencia in 2016 and has made 146 appearances in all competitions, would be Leeds' sixth signing of the current transfer window should he make the switch before the October 5 deadline.

The Leeds snapped up29-year-old striker Rodrigo Moreno from Valencia in a deal worth £27m ($35m), followed by the arrival of18-year-old forward Sam Greenwood from Arsenal and £13m ($17m) signing of Robin Kochfrom German side Freiburg.

Helder Costa joined last season's Championship winners from Wolves and 20-year-old goalkeeper Illan Meslier, who made 11 first-team appearances while on loan at Leeds last term, was signed from Lorient on a permanent basis. They have also renewed Jack Harrison's loan from Manchester City, making this his third season at the club.

Harrison, Patrick Bamford and Mateusz Klich were on target for the visitors, but Mohamed Salah's hat-trick and a goal from Virgil van Dijk ensured the Anfield side took the three points.