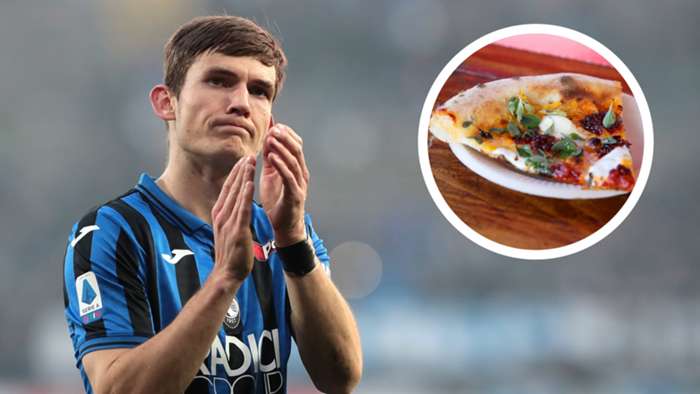 Marten de Roon has stuck by his promise to make pizza for more than 1,000 people if Atalanta win the Champions League.

De Roon said earlier this year he would make pizza for the fans in Bergamo if the Serie A club go on to win Europe's premier club competition.

Speaking ahead of the meeting with PSG, the 29-year-old midfielder is sticking by that plan.

"As I said, if we win the Champions League there will be pizza for more than 1,000 people," De Roon told a news conference.

As a result of the coronavirus pandemic, Atalanta's quarter-final will consist of a single game rather than two legs and De Roon believes this benefits his side against a team as strong as PSG.

“Playing only 90 minutes against such a strong side is easier than facing them over two legs," he told France Football.

“We can cause an upset, even if it will be difficult. We will give our best. At the time of the draw, I thought it would be a fantastic game.

“After the first leg of the group stage, we didn’t think we could get this far. We wanted to win the last two games to qualify for the Europa League and instead it went well for us.

“The break after the championship has been good for us. We played a lot and it wasn’t easy.

“We don’t run more than the other, we do it better, given that we spend most of the matches in the opposition’s half of the pitch. Our goal is to get the ball back as high up as possible.”

Atalanta coachGian Piero Gasperini is desperate for his side to continue their great run in the Champions League and called on them to prove they belong among the best clubs in the world.

"We are proof that even a team without a European heritage can do well and achieve important goals through playing, enthusiasm and other things," he said.

"We have a responsibility to ourselves not to disappoint. We want to continue to show that Atalanta can sit at the table of the biggest clubs."