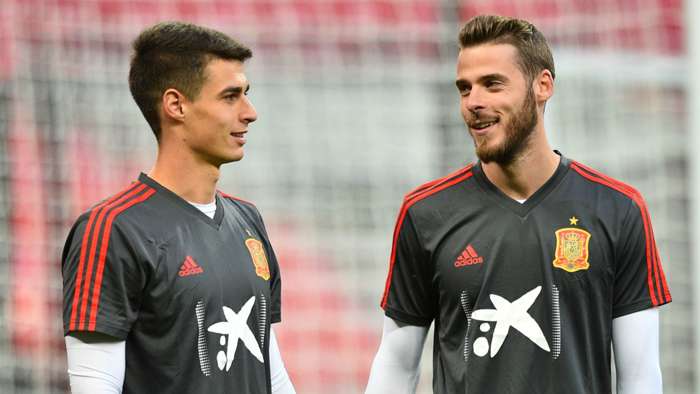 Vicente del Bosque has sought to calm any concerns regarding Spain’s goalkeeper situation heading into this summer’s European Championships, with domestic issues being endured by David de Gea and Kepa Arrizabalaga shrugged off by a coach who knows what it takes to secure international honours.

La Roja, who tasted continental glory in 2008 and 2012, are in the process of piecing together their plans for a shot at major silverware this summer, with Luis Enrique having to settle on a selection that he believes can compete with the best in the business.

He has seen De Gea face more questions regarding his role at Manchester United this season, with a recent break taken in following the birth of his first child, while Kepa has slipped down the pecking order at Chelsea and out of the latest Spain squad.

Del Bosque, who delivered World Cup and European Championship crowns when in charge of Spain, has told Goal of supposed struggles between the sticks: “We have good goalkeepers, young people. They are adapting well.

“The goalkeeper is one of the positions that has evolved the most. Now we play more with our feet. We can be calm. We have very good goalkeepers. That wont be the biggest problem.”

With Kepa out of contention, De Gea has been joined for the start of 2022 World Cup qualification by Unai Simon of Athletic Club and Brighton custodian Robert Sanchez – who have just three caps between them.

There is plenty of experience to be found elsewhere, with the likes of Serigo Ramos and Sergio Busquets still involved, while Alvaro Morata is being relied upon to get goals in a side that blends senior pros with exciting youngsters.

“It is normal that Luis Enrique has already fixed his numbers,” added Del Bosque.

“It is likely that he still has a couple of pending decisions. A list of 30 will always see that.

“The bad thing is that later he will have to eliminate some of those who have participated in the qualifiers. They are the decisions a coach must make.”

Del Bosque added on the need for Spain to adapt their game to meet the demands of modern football: “The qualities of a team are always evolving.

“Sometimes you have a more physical team than others.But the important thing is always the same: dominate the game, have possession, do not have many defensive problems, all get together well when defending.

“It is true that in football there has been an evolution.Now the game starts from further back, we care more about quick transitions ... but this has always been around.What should prevail is a principle: whatever you do, you have to do it well.”

World champions France top the betting market at present, but there is little to choose between them, England, Belgium and Germany.

Spain are also in the mix, along with title holders Portugal and the Netherlands, and it promises to be a keenly-contested battle for the crown when a rescheduled tournament gets underway on June 11.