'Dembele isn't Mbappe or Neymar, but he can become Giroud's successor' - Lyon star's youth coach tips him to for big future 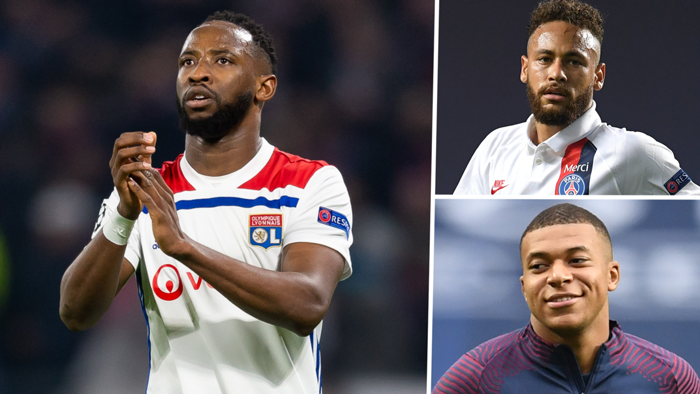 Lyon starMoussaDembele's youth coach believes that the forward has what it takes to succeed Olivier Giroud in the France national team.

Dembele started Saturday's Champions League quarter-final against Manchester City from the bench, but made a game-changing contribution as a substitute by scoring twice in a shock3-1 win.

Those two goals came after a Ligue 1 campaign in which the 24-year-old netted 16 times and attracted transfer interest from some of Europe's biggest clubs.

Despite his progression, Dembele has yet to debut for France's senior side after representing Les Bleusat various youth levels.

Laurent Bonadei, who coached Dembele while he was a youth star at Paris-Saint Germain, believes that the striker can bea perfect compliment for current PSG forward KylianMbappe at international level.

"Moussa has always been a complete player,"Bonadei told Goal and SPOX.

"He'snot a player who will dribble three players in a phone booth, like Mbappeor Neymar, but he can become Giroud's successor in the French team, because he doesn'thesitate to go into duels and work for the collective."

Bonadei has been impressed by Dembele's career development, which had seen him move toFulhamin 2012 and then on to Celtic in 2016 before returningto his native France with Lyon in 2018.

"He'ssomeone who has great self-confidence,"Bonadeicontinued."His choice to go to Celtic after Fulham was a good one. He has always favored playing time for his development.

"He discovered a new championship, he played in the Champions League, he reached high levels. And to return to theFrench championship was also ambitious. He arrived at a team likeLyon where the competition is hard,with Memphis Depay, Karl Toko Ekambi or Nabil Fekir before."

Dembele was surely frustrated to miss out on Rudi Garcia's line-up against Juventus and Man City, butBonadeiwas impressed by the forward's professionalism and reaction to adversity.

"When you're a striker like him, you want to score goals and win all matches. He was very professional, without qualms. He surely also benefited from the fatigue of his opponents."