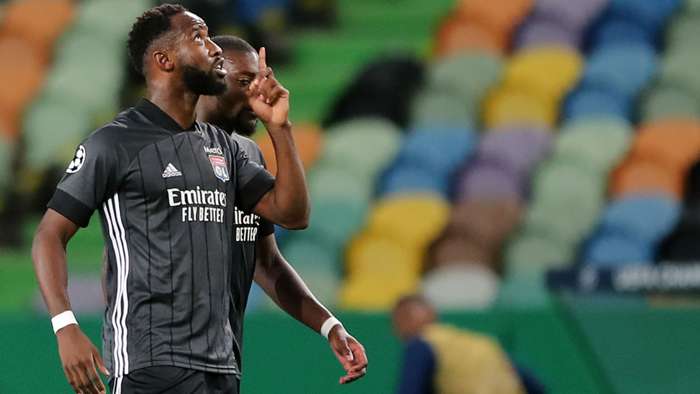 The agreement has not yet been finalised but Simeone seems confident the move will be completed sooner rather than later.

"It's still not confirmed, but it's very advanced," the Atletico coach told reporters ahead of Tuesday's match with Sevilla.

"I'm going to turn my head towards the game, which is what interests me, and when there's something on Dembele, if there is something, I'll give an opinion."

Atleti will reportedly be ableto secureDembele for a €35 million (£31/4m / $42.5m) fee should he impress on loan before the end of the season.

The former France Under-21 international has scored just once in 16 Ligue 1 games this season, having hit 24 in 46 across all competitions in 2019-20.

Simeone's more pressing concern is Tuesday's match with Julen Lopetegui's side, which comes after Atleti's previous game with Athletic Bilbao was called off.

The match, which was due to take place in Madrid on Saturday, was postponed after Storm Filomena brought significant snowfall to the Spanish capital.

Training was severely disrupted over the weekend and Atleti will hold an extra session before facing Sevilla to make sure they are fully prepared.

"With the difficulties we've had, everyone has been at home," Simeone said."We had no option of getting together or leaving the house. We worked at home on Saturday; on Sunday, a group was able to train together.

"There are no excuses. They're circumstances to which we have to adapt. The most important thing will be tomorrow and what happened before will not matter in terms of the criticism and opinions we receive.

"There'll be two training sessions because tomorrow we'll have another one at midday to finish fine-tuning what we have to do, making the most of the fact the game is in the evening.

"The pitch is very good. It looks really good, with a normal condition to be able to compete and I'm sure there won't be any difficulty with the surface."

Simeone also confirmed Kieran Trippier "is really good, he's really excited to play, focused as ever" after being cleared to play.