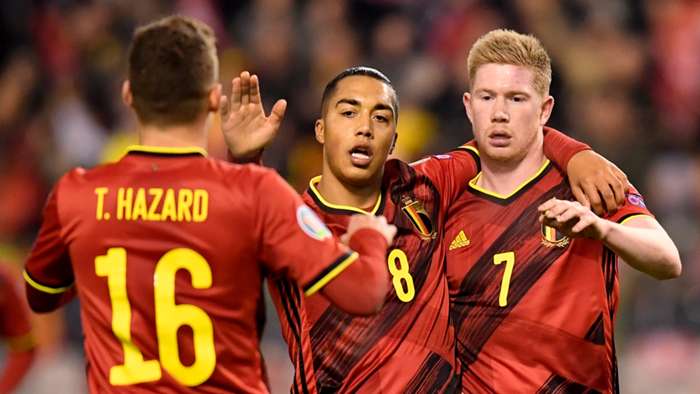 The number one ranked team in the world travel to Copenhagen on Saturday evening as Belgium face Denmark in their first game in group two of League A of the UEFA Nations League.

Roberto Martinez's side are one of the favourites to lift the title and have been drawn in the same group as England, another well-backed team, meaning a win this weekend is vital for Belgium.

Belgium could be without Manchester City star Kevin De Bruyne as he awaits the birth of his third child but Real Madrid goalkeeper Thibaut Courtois is available for selection after initially withdrawing.

Denmark have their most high profile players with them, with Inter's Christian Eriksen and Barcelona striker Martin Braithwaite both set to start.

Backing goals in matches involving Belgium is generally a smart angle with the Red Devils boasting some serious firepower.

Against some admittedly weak opposition in Euro 2020 qualifying, Martinez's men racked up 40 goals whilst winning all 10 of their matches.

The potential absence of De Bruyne could be a concern but Romelu Lukaku is in sensational scoring form and Eden Hazard has a point to prove after a difficult first season at Real Madrid.

Denmark, meanwhile, were certainly no slouches in front of goal during their qualifying campaign netting 23 times in eight games and they can contribute to a high-scoring encounter.