'Di Maria could have been a major star at Man Utd' - PSG winger is a 'wonderful player', says Rooney 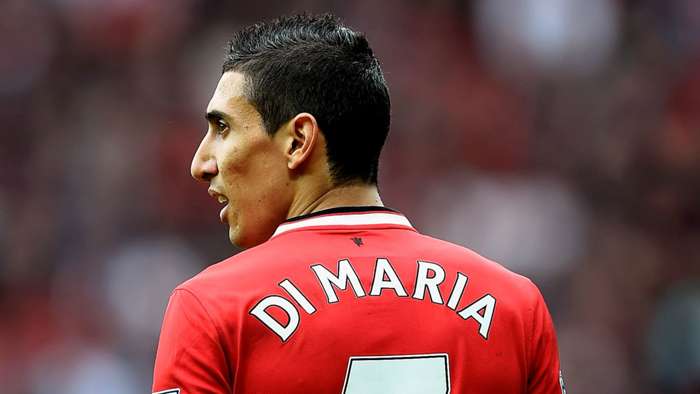 Angel Di Maria "could have been a major star at Man Utd", according to Wayne Rooney, who has described the PSG winger as a "wonderful player".

United forked out a then-British record transfer fee of £60 million ($79m) to bring Di Maria to Old Trafford from Real Madrid in the summer of 2014.

The Argentine left La Liga after helping the Blancos win their tenth Champions League crown, and also appeared in the World Cup final before joining up with his new team-mates at the Theatre of Dreams.

Di Maria thusly arrived in Manchester with a sterling reputation as one of the most effective attacking players in European football, but endured a nightmare 12-month spell in the Premier League under Louis van Gaal.

The 32-year-old only managed to score four goals in 32 outings for the Red Devils, as he struggled to replicate the form he showed on a weekly basis at Santiago Bernabeu.

United ended up accepting a £14 million ($18m) loss on their initial investment to offload Di Maria, as PSG snapped him up on a four-year contract ahead of the 2015-16 season.

The former Madrid star has since won 15 major trophies with the French outfit, and he's also played a key role in their run to the Champions League final this season.

Ahead of PSG's meeting with Bayern Munich in the showpiece event on Sunday, Rooney has offered an insight into Di Maria's ill-fated spell at United, while talking up his unique attributes in the final third of the pitch.

"He’s a wonderful player,"The Red Devils' all-time record scorer wrote in his latestcolumn forThe Sunday Times. "When he came to United I remember Louis van Gaal saying to the team: 'He is the only one who is allowed to dribble with the ball.'

"Angel works tirelessly on the pitch and his delivery, vision and awareness is brilliant. He could have been a major star at United but at the time we were going through a bit of a transition and it was tough for him to settle.

"He had young kids and lived a couple of houses down from me and someone tried to burgle him. I remember that really shook him and his family.

"From then on, really, you knew it was going to be tough for him and it was probably better for him to leave."

Rooney went on to express his belief that PSG are capable of springing an upset against Bayern in Lisbon, as he added: "Bayern have the advantage that most of their starting line-up have played in the Champions League final before.

"But I have a feeling for PSG. It will be a shoot-out and I think with Neymar, Mbappe and Di Maria, PSG will exploit the high line that Bayern play. They will get chances and take them.