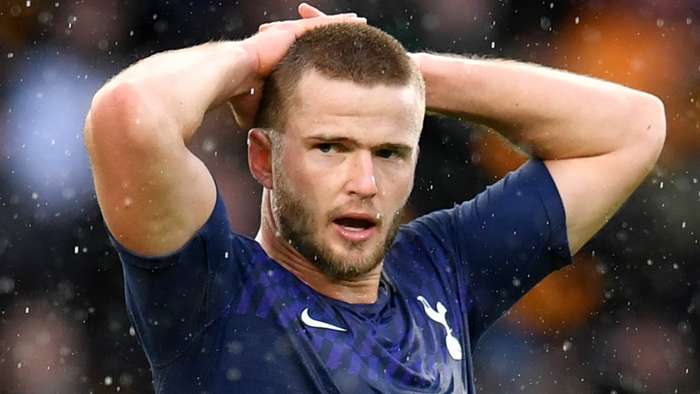 Tottenham star Eric Dier has revealed that his biggest motivation for signing a new contract with the club was manager Jose Mourinho.

The England international, who arrived at Spurs in 2014 from Sporting CP, penned a new deal in July that will see him through with the Londoners until June 2024.

The 26-year-old was “excited” to do so because of his relationship with the Portuguese boss, who is willing to allow him to develop his game in the manner he believes is best.

“I had a health issue at the beginning of the 2019-20 season that I kept private and I had to have a little surgery, so I missed pre-season, so that obviously had a huge impact,” he told GQ when asked why he was convinced to stay amid a period in which he was not featuring as regularly as he wished.

“I spoke to Pochettino then, as for many years we had spoken about me playing as a centre-back, and that was where I was going to gradually move to. And we had a really great conversation: I said, ‘I think it’s my best position, I think I can develop into something very, very good there. But it has to be now, otherwise I think I have to find another solution'.

“We talked for about two hours and he was really happy that I'd come to him and I had made that decision in my own mind. He said: ‘OK, you’ve missed pre-season, so you’ll have one now, don’t worry if you’re not playing for a couple of months, we’ll get you physically in the right place'.

“I was completely calm about the situation. And the last couple of games before he left, I played at centre-back.

“So when the new manager came in, I started that dialogue again with Mourinho. For me that was the biggest part of wanting to stay at Tottenham and sign the new deal – it was purely footballing. I was really happy that Mourinho would give me the opportunity to play centre-back again and to prove myself there. I'm really excited.”

Meanwhile, Dier says that he has no plans to watch Amazon documentary ‘All or Nothing’ in the near future.

“I haven’t watched any of it,” he said. “I actually spoke to basketball player Steve Kerr a couple of days ago about it, because obviously he was in The Last Dance the Netflix documentary about the record-breaking Chicago Bulls season.

“I said to him: ‘You know, looking back on an incredible season and winning and everything you did, that must be a lot more enjoyable than what it would be like for me!'

“I don't really enjoy watching myself back anyway. So I don't think I will watch it. But maybe, you know, in 20 years' time or something, it could be nice to look back on, even though it wasn’t the season we wanted.”