Does Zlatan Ibrahimovic have a black belt? 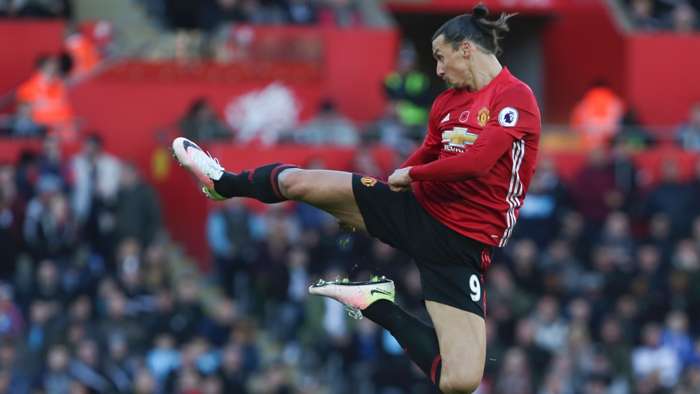 Zlatan Ibrahimovic likes to remind the world that he is not your average human, famously declaring himself a lion and even a god.

Standing at six foot fiveinches, the towering Swede is certainly an impressive physical specimen and he continues to defy the march of time by starring for AC Milan in Serie A.

Ibrahimovics sheer size and strength is something that has made him a nightmare for even the most fearsome defenders, but he is also incredibly nimble.

A background in martial arts is often raised as one of the reasons for the strikers unique athleticism, as well as his enduring fitness.The capability has also augmented the sense of fear he can strike into some opponents.

Indeed, if Zlatan ever finds himself inan altercationwith an opponent - as happened with Romelu Lukaku in 2021, for example - his fans will frequently argue that he would come out on top due to having a black belt.

Is it true though? Goal brings you all the details.

Zlatan was awarded an honorary taekwondo black belt in 2010 during his first stint at AC Milan.

The belt was presented to Ibrahimovic by Mauro Sarmiento, a martial artist who won a silver medal for Italy at the 2008 Olympics, in recognition of the Swedes promotion of the discipline.

While an honorary black belt is a gift, it is fair to say that Ibrahimovics ability is genuine and, according to the Daily Telegraph he first earned a black belt at the age of 17.

Indeed, the former Manchester United man has referred to the fact that he has ablack belt on a number of occasions over the years and it is something that has figured prominently throughout his career.

As well as producing an array of acrobatic goals - such as his famous overhead kick against England in 2012- Ibrahimovic has a reputation for landing kicks on his team-mates in training.He even playfully clashed with Antonio Cassano while the Italian was giving a post-match TV interview in 2011.

The Malmo native trained at Enighet (meaning Unity) in his hometown as a teenand the head of that organisation, Leif Almo, believes that the striker could well have excelled in taekwondo.

"Had he had the same focus on taekwondo as he has had on football, and been able to betin the same way, it is clear that he could have been just as good," Almo told Fotbolls Expressen in 2010.

However, for all the machismo and playful kicking, how would Ibrahimovic actually fare in a real fight?

We know that the Swede brawled with former AC Milan team-mate Oguchi Onyewu, himself a giant andimposing defender, during a training sessionin 2010, but it is unclear who cameout on top.

Massimo Oddo, who was there at the time,recalled in 2020: "They came to blows, but nothing excessive. [Gennaro] Gattuso tried to divide them and took a very strong punch to the face."

Ibrahimovic likened Onyewu to a heavyweight boxer and said in his book that he suffered broken ribs at the hands of the former USMNT star, adding that they were close to killing each other.

Onyewu admitted in 2020 that "there are some truths, there are some lies" in the forwards accounts of the fight,coyly tellingESPN FC:"Whether I broke his ribs or not, Im not going to comment on it."

He is certainly not the only fellow professional to go head to head with Ibrahimovic, who is never one to back down from a challenge.

The Swede has had his fair share of high-profile on-field spats.

Former Manchester City defender Nedum Onuoha collided with Ibrahimovic while playing for Real Salt Lake against LA Galaxy in 2019 and claimed that the Swede threatened him.

Afterwards, Onuoha toldKSL: “He came here to apologise after the game because from 60 minutes in, he’s saying to me he’s going to do me, he’s going to hurt me for that game - and this is the guy who’s the face of the MLS as he calls himself, but this is the way he plays on the field.

“So I don’t care. You don’t say that on the field. I’m not going to accept his apologies. It’s unacceptable.”

More recently, Ibrahimovic squared up to Romelu Lukaku during a Milan derby against long-standing rivals Inter. The pair butted heads before exchanging insults, but never actually came to blows.

Interestingly, when Ibrahimovic was playing for Manchester United, British UFC welterweight fighter Danny Roberts joked that he would have no issue fightingIbrahimovic.