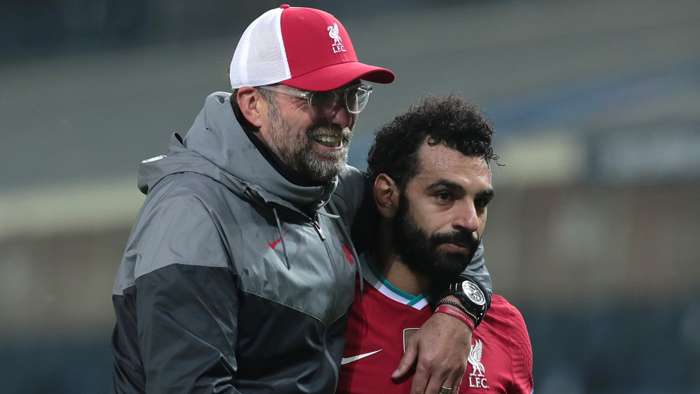 Egypt have vowed to discuss Mohamed Salah's potential selection for the 2021 Olympic Games with Liverpool, insisting that they will not call him up to their Under-23 squad unless the Reds give their approval.

Teams taking part in the tournament are allowed to include three players over the age of 23 to complement their squads, with Liverpool starSalah likely to be one of those that Egypt would hope to call upon for the tournament.

That request may not be welcomed by the Reds, however, with the 2021-22 campaign likely to start soon after the conclusion of the Olympics,undoubtedly disrupting Salah'spre-season preparations with the Reds.

Indeed, prior to the Olympics being rescheduled following the coronavirus pandemic, Jurgen Klopp expressed his frustration at potentially losing Salah for a spell, whilst also accepting that the lure of playing in an Olympics is likely to appeal.

He said back in February: "Do I want to lose a player in the pre-season? No. Of course not. But we have to consider different things. I will speak with Mo and all that stuff.

"We are completely clear about what we want, but we need more information – how will it look, when will the preparation start, all that stuff, and nobody has really contacted us so far, it’s just in the media."

Klopp added: "We have had to play already without Mo but not too often, thank God, but from time to time we have to.

"It’s not about that. All the positive things I could say about Mo I have said in the past. But come on, it’s the Olympic Games, I’m still a sports person, the Olympics is the Olympics, but we have to see."

Egypt may also wish to include Salah in their squad for the next AFCON, which is due to take place at the beginning of 2022.

It's unclear what the African nation's plans are in terms of Salah's potential inclusion for both tournaments, but Under-23 head coachShawky Gharib insists that, should Egypt wish to call up their star man for the Olympics, they'll consult with Liverpool first.

He told MBC Masr: "We will speak with Liverpool inMarch.We haven't discussed the issue (a potential call up for the Olympic Games) with the player yet.

"The problem is that the AFCON will be played a few months after the Olympics, but the latter will end and the Premier Leaguewill start three days after. But we can't call up Salah unless Liverpool approve."

Salah is set to miss out on Liverpool's Premier League clash with Leicester City on Sunday after testing positive for coronavirus while on international duty.