End of an era: Why Aguero is leaving Manchester City and who could replace him 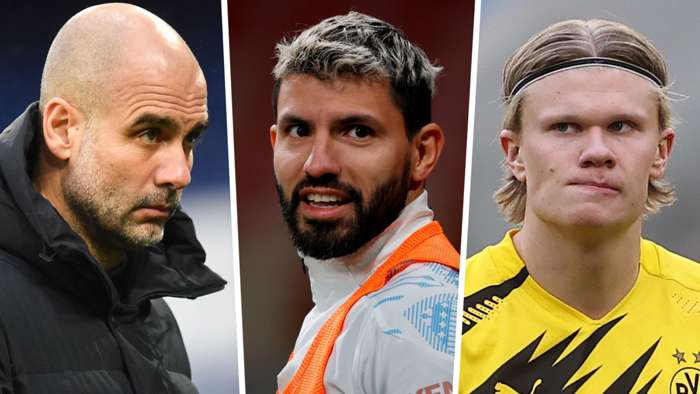 Manchester City have had to get used toemotional farewells involvingclub legends in recent years.

Joe Hart, Pablo Zabaleta, Yaya Toure, Vincent Kompany and David Silva have all said goodbye to the Etihad Stadium after playing major rolesin the most successful period of the clubs history.

However, the latest departure will be particularly poignant. After it was announced on Monday evening that Sergio Aguero will part company with the club at the end of the season, City will be losing the final member of the 2011-12 squad that so memorably endedthe clubs44-year wait for an English championship triumph.

How different things might have turned outhad Aguero not kept his trademark composure against QPR on the final day of the season.

With 93 minutes and 20 seconds on the clock, the Argentinelashed in the winner to move City above Manchester United in the Premier League table, securing the title on goal difference with the greatest single moment in the clubs history – and probably the most iconic strikethe Premier League has ever seen.

Nine years on, the forward signed in the summer of 2011 from Atletico Madrid for £35 million ($49m) is nowthe clubs all-time record scorer, with 257 goals from 384 appearances.

Already the Premier Leagues most prolific overseas striker, if Aguero scores eight more times before the end of the season, he will move into third on the overall list.

The news that his contract would not be renewed, thus, came as a shock – despite the fact that he has scored just one Premier League goal in the past 14 months, after a turbulent year wrecked by a serious knee injury, an aborted comeback and coronavirus.

However, during his numerous absences,City simply learned to live without a forward that had made such a massive contribution to the clubs haul of 10 trophies in 10 years.

Consequently, even with Aguero available for selection again, he has struggled to get back into the starting line-up, thus hindering his hopes of proving himself worthy of retaining beyond the summer.

Indeed, as we prepare to move into April with Citystill competing for four trophies, Pep Guardiolas side haveshown they can not only survivebut thrive without their former talisman.

Aguero, who turns 33 in June, was already free to talk to clubs outside England, but he was still open to extending his 10-year stay at the Etihad.

City had also stated that they would wait until the end of the season before making a decision on a renewal but the decision was brought forward to give the playermore time to sort out his next move.

As a result, Aguero was summoned to discuss his situation withGuardiola after training on Mondayand an agreement was reached that he would leave at the end of the season.

It was immediately followed by a phone call to Aguero from chairman Khaldoon Al Mubarak, who thanked him for his incredible service to the cluband revealed plans to build a statue of the attacker, to go alongside planned tributes for Kompany and Silva.

Speculation has already begun on where Aguero will go next andBarcelona are understood to be just one of anumber of clubs that would be keen to snap him up on a free transfer.

However, while talks with a future employer can now commence in the background, Aguero is hoping to make an impact on the pitch before he leaves City.

"I will continue to give it my utmost for the rest of the season to win more titles and bring more joy to the fans," he said in a statement.

"Then, a new stage with new challenges will begin, and I am fully ready to face them with the same passion and professionalism that I have always dedicated to continue competing at the highest level."

Guardiola has also pointed outthat Agueros City career is not over yet and the Argentina international undeniablyremains Citys most reliable finisher,even if the last 12 months have not gone as he would have planned.

The difficulty of replacing Aguero has always loomed over the decision to let him go and the sheer size of the task will become clear this summer.

City were always going to be in the market for a new striker but buying the best forwards always comes with a heavy premium.

Borussia Dortmunds Erling Haaland remains the priority target, with the Norwayinternational becoming one of the hottest properties in world football after an outstanding season in Germany.

The 20-year-old wont come cheap and Premier League rivals Chelsea and Manchester Unitedare also believed to be interested, along with a plethora of elite European sides.

Still, City could prove anemotional draw for Haaland. His fatherAlfie spentthree years at the club as a player and both he and his sonattended the victorious 2014 League Cup final as City fans, at a time when Erling was still a teenager.

Guardiola refused to be drawn on the mounting Haalandspeculation when City drew Dortmund in the Champions League quarter-finals but still praised his quality.

“The numbers speak for themselves:he’s one of the best in the world at his age," the City boss said. “I saw very few games but I’ve seen highlights and the numbers are impressive. I know the quality of him and I think everyone does.”

Inters Romelu Lukaku, Tottenhams Harry Kane and Joao Felix of Atletico Madrid have also been linked with potential moves to the Etihad andCity are unlikely to make the same mistake they madefollowing the departure of Kompany, when they waited 18 months to sign his replacement.