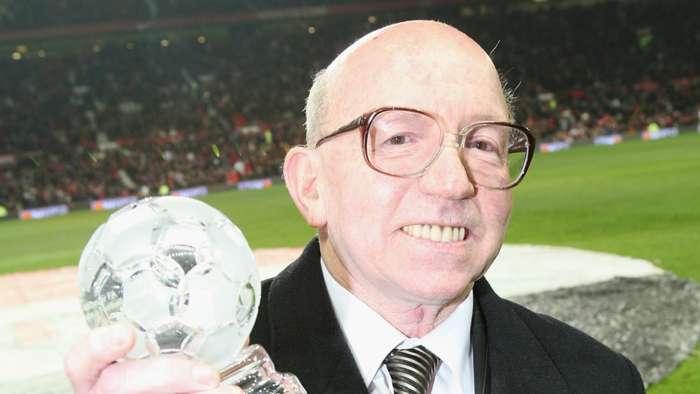 "The family kindly ask for privacy at this sad time."

Manchester-born Stiles earned 28 caps for England and was a big part of the squad that won the World Cup in 1966.

Two years later, he was part of the United side that became the first English club to win the European Cup.

He made almost 400 appearances for United in all competitions across an 11-year spell at Old Trafford and went on to play for Middlesbrough and Preston North End, before hanging up his boots in 1975.

A statement from United read: "We are extremely saddened to learn of the passing of Nobby Stiles MBE.

"An integral part of our first-ever European Cup-winning side, Nobby was a titan of the club's history, cherished for his heart and personality on and off the pitch. He will be sorely missed by us all."

The England national team Twitter account posted: "We're incredibly saddened to learn of the passing of Nobby Stiles, a key member of our World Cup-winning squad, at the age of 78. All of our thoughts are with Nobby's loved ones."

Former England striker Gary Lineker was also among those to pay tribute to Stiles on social media, tweeting: "Saddened to hear that Nobby Stiles has passed away.

"Another of our 1966 World Cup winning heroes leaves us. He had a heart that was even bigger than the gap in his teeth. RIP Nobby."

Danny Higginbotham, who came up through the youth ranks at Man Utd, also posted a tribute on Twitter.