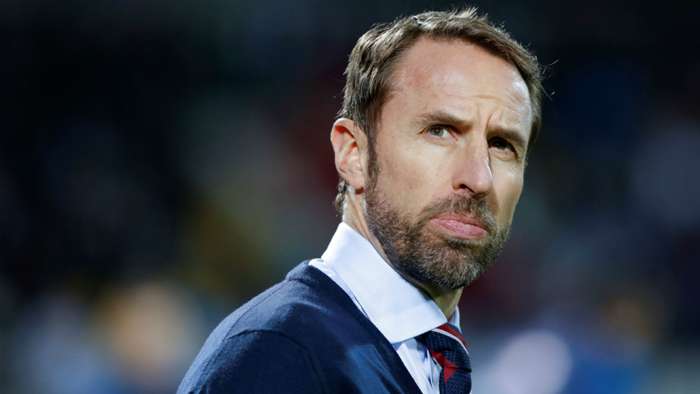 England boss Gareth Southgate is adamant Premier League managers would also select the best players for international duty if they were in his position - as the club versus country battle continues with injuries continuing to grow.

The current international break has seenthe Three Lions compete in three matches across a week period, with a Republic ofIreland friendly and a dead rubber against Iceland either side of a crunch contest versus Belgium.

Southgate made no apologies for selecting the best players for England duty - but said he understood the angst from club managers.

"In terms of the club managers, there is a power game the whole time," Southgate said ahead of Wednesday's Nations League clash against Iceland.

"Whether that’s phone calls, messages, press conferences. We know everything that goes on. I totally understand it.

"Four years ago I was thinking, “I had better be careful”, but if we start going down that route we would have to pick just one from every club to make sure it’s balanced. That’s impossible. So I have to do what is right.

"We have given what ground we can but we have to prepare to win. All the league managers would do the same in my position."

England were in contention to qualify for the Nations League finals at the start of the international period, and following a 3-0 friendly win against Ireland, the Three Lions were beaten 2-0 by Belgium at Den Dreefto end their chances of progression.

With the Euros coming up next year, Southgate insists his England players want to be playing for their national team and pointed to the depth of squads for other nations as a reason why the Three Lions need to be at full strength,

"We are representing 50 million people, we are trying to prepare for the European Championship," Southgate said. "The players want to play. They want to achieve personal landmarks.

"They are in a really difficult situation. They are under huge pressure from their clubs. That is going on in the background, for sure. That is the landscape whether it is made public or not.

"I totally get it from a club perspective. It’s never been more competitive in our league and we have lots of huge personalities and strong people who are always looking for an edge. So we’ve got to manage that.

"We will help but we’ve also got to be firm. Our competitors are making use of the games and building their teams, and we’ve got to do that.

"We have challenges in our country and have done for years because of the strength of the league. It makes it more difficult for England at times, so we’ve got to make sure we don’t hinder our own chances.