England vs Poland Betting Tips: Sterling the value bet for the Three Lions 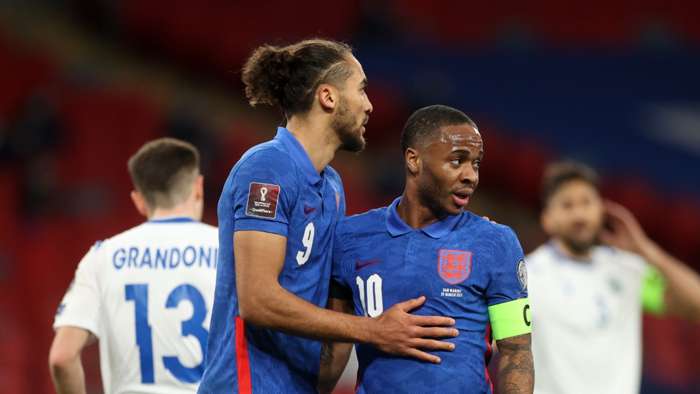 With Robert Lewandowski missing due to injury, Poland will have to look elsewhere for inspiration when they travel to Wembley to take on England in Wednesday’s World Cup qualifier.

The Bayern Munich star limped off after scoring his 65th and 66th international goals against Andorra at the weekend, leaving the Eagles without their captain and record goalscorer for the trip to London.

Arkadiusz Milik has gone seven games since bringing his international goal total to 15, but remains bet365’s 10/1 (11.00) favourite to open the scoring for Paulo Sousa’s men.

In decent form at club level after scoring four goals in seven starts since joining Marseille in January, the 27-year-old is available at 10/3 (4.33) to transfer that to the national stage by scoring anytime.

Krzysztof Piatek has struck eight times in 17 matches for the national team and is available at 4/1 (5.00) to step up in Lewandowski’s absence with a big goal here.

Kamil Jozwiak has found the in two of his last three appearances from midfield, although the Derby County man remains a lengthy 7/1 (8.00) outsider to strike here.

Although denied the chance to go toe-to-toe with Lewandowski, Harry Kane will still be looking to prove he belongs right up with the very best strikers in Europe.

The Tottenham man has scored seven times in his last eight appearances for club and country and is the 5/2 (3.50) favourite to break the deadlock for the second time in three days after grabbing the opener in Sunday’s win over Albania.

With 33 goals to his name in just 52 internationals, it is no surprise to see the skipper priced at just 4/6 (1.67) anytime odds against a defence that shipped three goals in Hungary in their last away trip.

However, those seeking better value will want to take a look at the 6/5 (2.20) anytime price available for Raheem Sterling, who has scored eight times in the last nine international matches.

Mason Mount has become a fixture in recent England sides and is also worth considering at 2/1 (3.00) after striking in three of the last seven matches.