England vs San Marino Betting: Foden to help himself in front of goal at Wembley 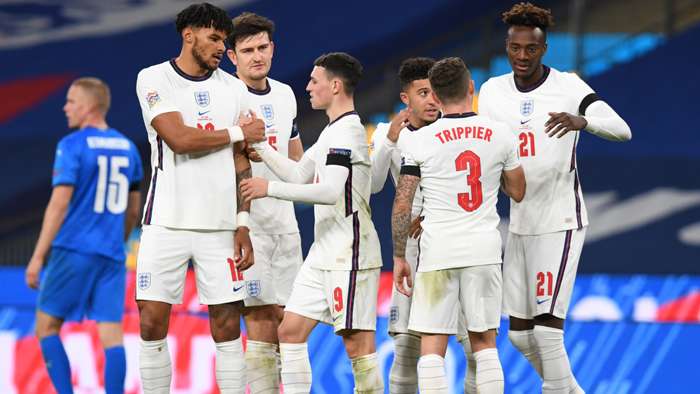 All of England’s attackers will be hoping to get in on the act when San Marino visit Wembley for Thursday’s World Cup qualifier.

With the result almost certainly not in doubt, the Three Lions players will see this fixture as an opportunity to enhance their record at international level.

Harry Kane is one player who needs little help in that regard, although offers little value at bet365’s 15/8 (2.88) first goalscorer odds considering he may not be risked from the start.

Indeed, Gareth Southgate is likely to offer minutes to some of the less experienced players as they prepare for tougher upcoming matches against Albania and Poland.

Enjoying a genuine breakthrough season for Manchester City, Phil Foden will be looking to pick up where he left off for the national team after scoring twice in November’s 4-0 win over Iceland.

While 4/9 (1.44) anytime odds are hardly worth getting excited about, the youngster is well worth a shot at 13/8 (2.63) to score two or more against a team that conceded 25 times in five away matches during the last World Cup qualifying campaign.

Recalled to the squad for the first time since June 2019 after some dazzling displays for West Ham, Jesse Lingard is also worth considering at 7/5 (2.40) to hit the net twice or more.

Whoever starts up front must fancy their chances to grab a few goals, with Kane priced at just 10/11 (1.91) to score the fourth hat-trick of his England career.

Dominic Calvert-Lewin is on offer at 2/1 (3.00) to transfer his prolific Everton form to the international stage with three goals of his own, while Aston Villa’s Ollie Watkin can be backed at that same price to mark a dream international debut with a hat-trick.

Having scored just twice in 38 international fixtures, Franco Varrella’s visitors are lengthy 7/1 (8.00) outsiders to score at all.

One of only three players in the squad to score a single international goal, Filippo Berardi is available at 28/1 (29.00) to score a memorable goal in the English capital.