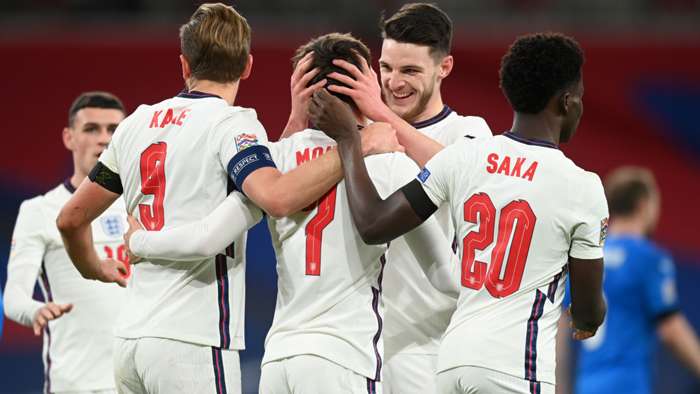 England will be looking to start their World Cup qualification campaign with a big win when they welcome San Marino to Wembley on Thursday.

Nevertheless, they are priced at 1/250 (1.004) with bet365 to put that behind them by getting off to a winning start against the team currently ranked 210th in the world.

La Serenissima ended a 40-match losing streak by drawing two of their last three Nations League matches against Liechtenstein and Gibraltar, but are priced at a lengthy 50/1 (51.00) to claim a point here and massive 100/1 (101.00) outsiders to pull off a shock win.

Marcus Rashford is unlikely to be risked after joining up with the squad with a slight ankle injury and Bukayo Saka is out, while Sam Johnstone and Ollie Watkins are both hoping to make their international debuts.

Captain Davide Simoncini is suspended after getting sent off in the goalless Nations League draw with Gibraltar in November.

With tougher games away to Albania and home to Poland coming up over the subsequent few days, the Three Lions are likely to use this match as an opportunity to warm out and perhaps offer a few of the less experienced players a run-out.

Although they are still sure to run out extremely comfortable winners, the scoreline may therefore not hit the kind of numbers occasionally racked up against the minnows.

Indeed, Franco Varrella’s team will have gained some confidence from their recent stalemates in the Nations League, regardless of the modest opposition.

While they are unlikely to make life too difficult for the hosts, San Marino will consider it a success if they can avoid the kind of 9-0 defeat dished out to them by both Russia and Belgium in the last European Championship qualifying campaign.

With bigger fish to fry and having failed to score more than seven goals in a single match in 92 games, odds of 8/11 (1.73) look like solid value on England hitting that number at most against San Marino.