England wasting another talented generation with U21 Euros flop 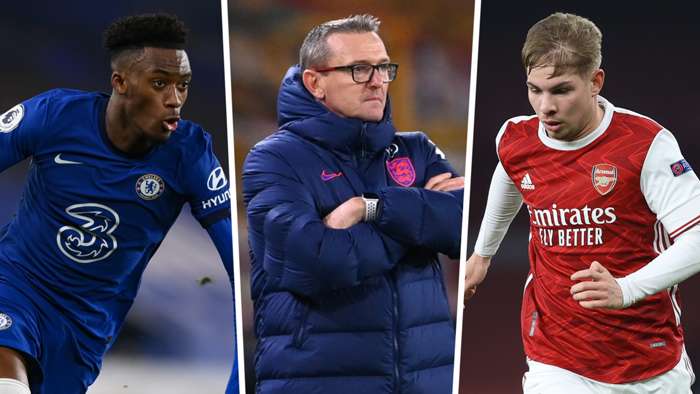 The English have a wearyingly predictable relationship with their youth teams, focusing on results or silverware rather than the emotional and technical development of its teenagers.

Few other nations quite so passionately believes in a win-at-all-costs mentality to the detriment of nurturing, and it is in keeping with the English mindset – of exceptionalism, of stiff upper lips, of turning boys into men with harsh lessons – to believe in the cold, cognitive logic that winning youth tournaments prepares you for winning senior ones.

Many pundits, journalists, and fans subscribe to this way of thinking, essentially judging the youth games as they do the seniors: as a results business.

This is not the belief of the Football Association (FA), thankfully, whose thoughtful elite development plan, including an ‘England DNA’ to link the youth and senior teams, has been a riotous success since its inception alongside the opening of St. George’s Park in 2012.

Holistic learning – emotional, technical, and tactical – comes first. Any silverware that follows (and there hasbeen an awful lot of it these last fewyears) is a bonus: proof the system works, but not a necessary outcome to justify the methods.

For once, these two competing views align this week as Aidy Boothroyd’s Under-21s face crashing out of the European Championship at the group stage for the second successive tournament.

Those in the results-business camp will point to the fact Boothroyd has won two of nine games across threeEuropean Championship finals appearancesand, like any senior manager, should not survive tournament failure.

Those in the holistic-learning camp, meanwhile, can point to much deeper concerns regarding tactical strategy, team selections, and development history, and reach the same conclusion: Boothroyd has to go.

Forget that England lost to Switzerland and Portugal. What is important is how they played and the environment that has led to this point.

Against the Swiss, Boothroyd played a surprisingly defensive team with seven defenders on the pitch, and the result was a hesitant, tactically-inept performance.

Lone striker Eddie Nketiah - the U21s all-time top goalscorer -was completely isolated, the wingers were far too wide and static, Emile Smith Rowe was played out of position, and in a cautious 3-4-3 formation there was simply no midfield support.

Boothroyd made four changes and switched to a 4-3-3 for the Portugal defeat, but this only seemed to deepen the young team’s confusion. Nketiah was again completely alone and England’s midfield was disjointed, with Tom Davies in particular having a poor game.

Incredibly, England recorded one shot on target across the two games - and that was a direct free-kick.

For those wondering if this is simply a patch of bad form, Boothroyd’s England have long been directionless. A restrictive game-plan in Euro 2019 saw them frequently pass aimlessly around the back, unable to progress the ball with any rhythm or dexterity.

Throughout his tenure, England have played without a clear tactical plan, improvising their movements and connections. Considering the sole purpose of the U21s is to learn, that simply is not good enough.

Not that we should be surprised by the aimlessness of this team. Boothroyd is expected to use the ‘England DNA’ – loosely defined by hard pressing, passing out from the back, and fluid counterattacks – despite playing a conservativeand direct game throughout his club coaching career.

Given the nickname ‘Hoofroyd’ at Watford, this is not a manager to follow Gareth Southgate’s template.

Boothroyd, a close friend of former director of elite development Dan Ashworth, has a patchy CV. His most recent club job, following underwhelming spells at Watford and Coventry City, saw him take Northampton Town up to the League Two play-offs – and then all the way back down to rock bottom of the table.

The FA should be alarmed not by England’s likely failure to qualify for the next round – that can happen – but by Boothroyd’s jarring presence in what is supposed to be a streamlined tactical vision through all levels of the England team.

He does not have the credentials to mould the U21s and make their transition to the senior team a seamless one, which is particularly worrying given the strength of the current crop.

Smith Rowe, Callum Hudson-Odoi, Eberechi Eze, Dwight McNeil, and Ben Godfrey are already first-team regulars in the Premier League, while the likes of Curtis Jones, Nketiah, Max Aarons, and Japhet Tanganga are destined for the top. This is a very talented group – and one that deserves good coaching at this crucial final juncture in their development.

England is not short of coaches who could do a better job, even if so far St. George’s Park has failed to emulate famous coaching schools like France’s Clairfontaine and Italy’s Coverciano.

Eddie Howe would be a popular choice considering his original aesthetic at Bournemouth roughly follows the FA’s demands, and that coaching was always his strongest suit.

Similarly Frank Lampard has worked very well with young English players at Derby County and Chelsea. He may believe a top club job is the next logical step following his departure from Stamford Bridge, although Southgate’s rapid promotion to the senior setup means Lampard may be tempted by the idea of becoming England’s heir-apparent while working with the U21s.

Some supporters in the results-first camp, watching England’s U21s this year hoping above all to see the players lift that trophy, may believe talk of a successor is premature. They may point out England can still qualify with a big win over Croatia in their final group game. But results are secondary.

The U21s is about nurturing talent and preparing teenagers for the senior setup. It does not matter whether they get to the latter stages of the tournament or go crashing out on Wednesday.