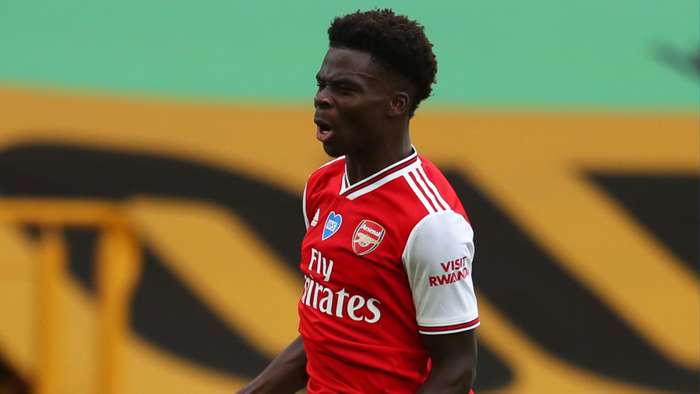 Gareth Southgate has explained some of his England squad selection decisions, including not picking a left back in the 23-man selection.

Arsenal's Bukayo Saka played 17 times at full-back for his club but Southgate sees him as more of an attacking option and is looking at a future call up for the breakthrough star in North London.

“He's obviously with the Under-21s this time and I feel he's more of an attacking player," he added. "I know he's played at left-back and he's given good contributions there in an attacking sense certainly.

"At the moment left wing-back, left side higher up the pitch, I know he's played in midfield and on the right as well but that they would be his better positions. He’s a very exciting player.

Europa League finalist Ashley Young was another option, as he plays at left-wing back under Antonio Conte for Inter, and did so for England in the last World Cup.

Southgate went onto say that he is looking to younger options ahead of Euro 2020, which has been moved to 2021.

He said: "Ashley was a fantastic member of our squad in Russia.I'm so pleased for him how he has gone on at Inter and continued to impress – when we didn't select him post-Russia it was about trying to bed in some younger players and a competition like the Nations League is a good time to do it.

"For players like Ashley Young and Jamie Vardy, if you were heading to a major tournament, they are players you would have to think about taking."

The teenageduo will make their debuts in the UEFA Nations League against Iceland or Denmark, and are among potential first-timers selected along with Man United stopper Dean Henderson and Leeds midfielder Kalvin Phillips.

Southgate has since announced the dropping of Harry Maguire from the England squad following a guilty verdict in Greece after he was charged with aggravated assault.

Leaving out Grealish and Leicester City's James Maddison has proved controversial, but Southgate moved to explain his decision to blood Greenwood and Foden in the senior set up.

“Maddison is actually injured," Southgate began. "With Jack, the simple answer is Mason Greenwood. He’s competing in my view against Greenwood, Rashford, Sancho and Raheem. I know Villa have played him as an eight, I don’t see him in that role for us.

"He could play as a 10 but we haven’t played with a 10. But also some of those other players I’ve talked about would be very good 10s as well. He’s a talent, there’s no doubt about that. But, I think Mason Greenwood’s performances have been great.

"The others have been with us for a long time and have produced and performed well for us. Mason’s form, his goal-scoring ability and his maturity was impossible to leave him out.

"I think we’re four get-togethers away from a European Championship and we felt now it’s important to involve Mason and Phil with us, let’s see how they adapt, we think they’re good enough.