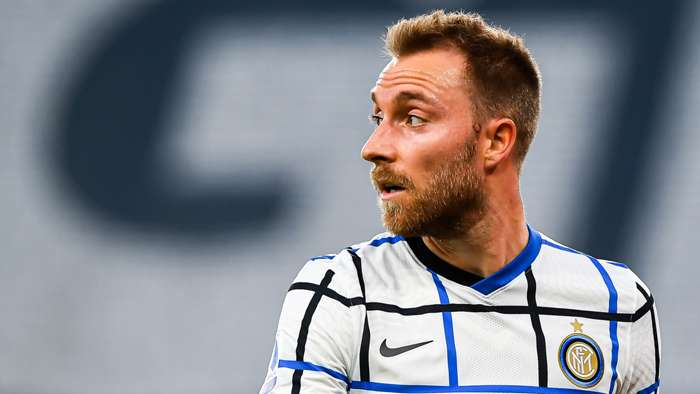 Denmark coach Kasper Hjulmand has questioned Inter’s handling of Christian Eriksen, saying it is a waste of talent to have the creative midfielder languishing on the bench.

It has been widely reported that Inter will allow the Denmark international midfielder to depart San Siro in the January transfer window.

With a European Championship on the horizon, Hjulmand wants to see Eriksen play his way into form - and a transfer could be the best way of achieving that.

Irrespective of whether he stays at Inter or moves on, Hjulmand has questioned how he has been managed by Antonio Conte, who said at the weekend that the player's future was in the club's hands.

“Christian has played far too little in 2020,” Hjulmand told Ekstra Bladet. “It's really a waste ofso much quality he's been sitting on the bench. He's far, far too good for that.

“When I see what he can do, I hope and believe that much more playing time awaits him this year.”

There has been talk of a return to the Premier League for Eriksen, while the arrival of his former Spurs manager Mauricio Pochettino at Paris Saint-Germain has led to speculation of a move to Ligue 1.

Hjulmand does not know what the future holds for the 28-year-old, but expects him to make the right choice.

“I am convinced that Christian will make the right decisions that benefits both his club career and the Danish national team," the coach said.

Even if he were to spend the next six months on the bench, Eriksen’s place in the squad for the European Championship is not under threat - despite the coach being concerned by a lack of rhythm.

“I'm not so worried about the best players,” Hjulmand said. “But when you look at it over time, it can get worrying that there is not a fighting rhythm.

“Neither Christian nor others can perform at their highest level if they do not have the fighting rhythm.”